​UK could see lack of HGV drivers for Xmas rush 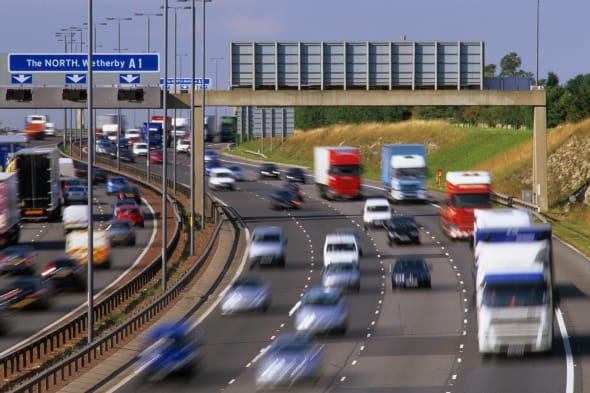 We may hate to be stuck behind HGVs on the road, but they undoubtedly play a key role in keeping the UK running. However, there could be a shortage of lorry drivers in the Christmas rush, claims the Freight Transport Association (FTA).
This lack of drivers could in turn lead to reduced deliveries to stores in the hectic run-up to the festive season. Many in the haulage industry are blaming strict EU rules for drivers and the high costs involved in getting a licence for putting off a number of potential candidates.

Compounding the issue, four in ten lorry drivers are aged over 50, while only one per cent are under 25, claims the FTA. Furthermore, even experienced drivers are being forced back into the classroom or face a steep fine thanks to EU regulations, hauliers state.

One 68-year-old driver, Roy Reynolds, who has been on the roads for over 40 years has now decided to quit the industry thanks to the prospect of needing additional training, Sky News writes: "I don't feel that I need to do that with the experience that I've gained over a number of years. It just seems pointless, so I decided to retire."

"What we're concerned about is that as things start to ramp up around Christmas...there just simply won't be enough drivers available to make all the deliveries that are needed," Natalie Chapman from the Freight Transport Association told Sky.

John Heighway, transport manager at one haulage company, added that the problem is so acute that the company is having to turn away potential work: "It's quite desperate really. We could have enough work for an extra 10 vehicles.

"But we just don't have the drivers to cover it, so we just have to turn work down which is something we don't like doing."
Tags
Read Full Story