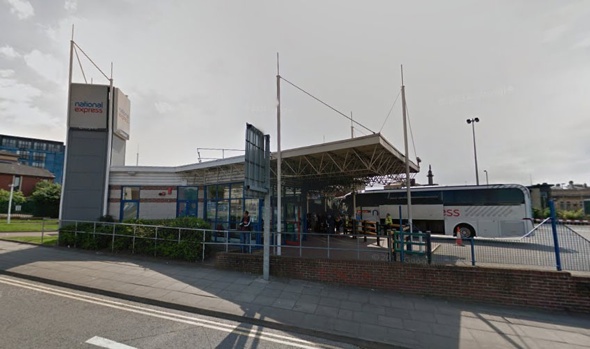 There was an Ebola scare at Liverpool coach station after a passenger arriving from London collapsed.

The woman had been to Africa, was feeling feverish and reportedly had stroke symptoms.

Medical staff in protective clothing swarmed the coach and removed the woman after putting a protective garment and mask over her face.

Passengers spoke of their panic after the incident at the National Express station on Norton Street on Wednesday night.

One onlooker told the Liverpool Echo that people were "panicking", adding: "The ambulance service and police were there to meet it so I think the driver must have telephoned ahead. It was coming in from London.

"People wearing protective clothing got on to the coach and after a time brought the woman off. They put her in some sort of protective garment and a mask. It looked like a full alert."

A spokesman for the Royal Liverpool Hospital confirmed they had received a patient and it transpired that she did not have Ebola.

A National Express spokesman told the Liverpool Echo: "On the advice of attending paramedics, police closed Liverpool Coach Station as a precautionary measure for around half an hour (Wednesday, 8 October).

"The station was quickly up-and-running the same night with minimal disruption to customers."

The Royal Liverpool hospital is one of four in the UK that is on standby in case of an Ebola outbreak.