Can you break the code and win $3 million? 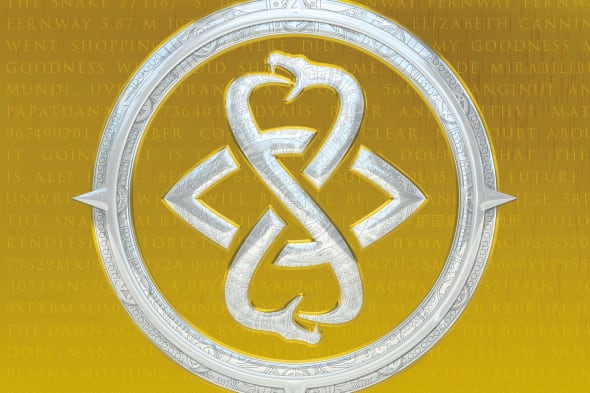 Advanced puzzlers could win themselves $3 million, by solving puzzles hidden inside three new novels. The first book is Endgame The Calling by James Frey and Nils Johnson-Selton, which has just been released. The writers haven't just put together the story of 12 teenage treasure-hunters solving clues in order to save the world from aliens: they have also woven a puzzle into the story too. Whoever solves it could find themselves half a million dollars richer - and if they can solve the clues in the second and third books too - they could net a total of $3 million.

Frey told Asia One that the writers would know when someone had solved the puzzle in the first book, and that wherever they were in the world, they would be given the chance to go to Caesar's Palace casino in Las Vegas and use the 'key' they had found to unlock gold coins worth $500,000. There are plans to put the gold coins into a case on public display and stream the event live on YouTube.
%VIRTUAL-ArticleSidebar-tech-stories%
The book is just the first in a trilogy. The second book's puzzle will have a prize of $1 million, and the third book's prize will be $1.5 million. However, these are more than just books - they mark a massive new project for a number of technology firms, including Google.

Technology
At the moment there is a website alongside the first book in the trilogy, featuring puzzles, conversations with characters, and games to play - which will help treasure hunters get closer to solving the clues. This will be fronted by a character called Stella.

Within the next two months, it will develop into a multi-player mobile game that includes elements from the real world, which will build an interactive world around the story and will enable treasure hunters to hunt for clues within the game too.

Frey's vision is for people to immerse themselves in the game, communicating with other treasure hunters and the characters themselves through social media. He wants the real world and the world of the novel to cross over so much that the actions of treasure hunters affect the plot of the rest of the books in the trilogy.

In addition to the three books, Google has the rights to issue up to 15 more related ebooks on the Play Store, and there will be YouTube videos, websites, maps, and images for puzzlers to stumble across in their search for the treasure. To make matters even more intriguing, rights to the book have been sold, so there could be an accompanying film franchise.

is it worth it?
For traditional readers this may sound like an overly complex world created around a novel which smacks somewhat of The Hunger Games. The idea of spending days in this world hunting for clues sounds like an awful lot of work.

However for teens and fantasy fans, if they already play online games, read fan fiction based on existing novels, and communicate almost exclusively through social media: this is an opportunity to win money doing what they already love to do.

So what do you think? Does this sound like an intriguing way to win $3 million - or a great way to waste thousands of hours of your time online?