Canberra ranked best place in the world to live 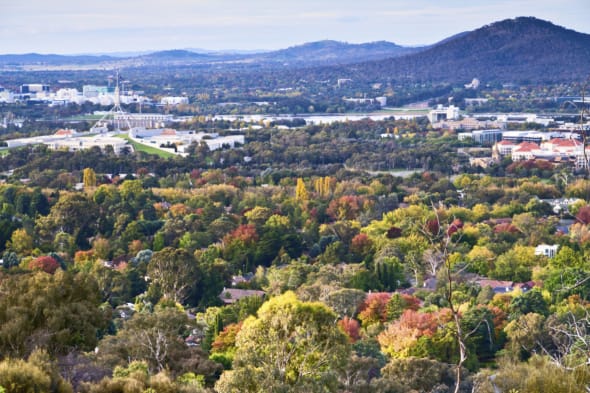 Australia has been voted the best country to live in in the world and the country's capital of Canberra is the best place to live according to a report by the Organisation for Economic Cooperation and Development (OECD).

The OECD ranked 362 regions of its 34 member nations in its survey using nine measures of wellbeing, including income, education, jobs, safety, health and environment.

Australia led the world ranking, followed by Norway, Canada, Sweden and then the US.

Even the low-performing regions in Australia fare better than the OECD average in all of the well-being measures, reports the Daily Mail.

Canberra secured the top spot in regional rankings with Sydney, Melbourne and Perth also in the top 10.

Canberra received three top 10 scores, more than any other region included on the list, for safety, income and civic engagement.

New Hampshire and Minnesota in the US also featured in the top 10.

Mexico did not do so well in the the report with 10 Mexican states constituting the bottom regional rankings.

Mexico, Turkey, Hungary, Poland, Slovakia were ranked as the hardest places to live, reports the BBC.

The OECD study, while not comprehensive, is one of the few to analyse the quality of life in countries, reports the BBC.

"Recent years have seen an increasing awareness that macro economic statistics, such as GDP do not provide policy-makers with a sufficiently detailed picture of the living conditions that ordinary people experience," the OECD said on its website.

"Developing statistics that can better reflect the wide range of factors that matter to people and their well-being (the so called "household perspective") is of crucial importance for the credibility and accountability of public policies and for the very functioning of democracy."

Canberra ranked best place in the world to live
Up Next

Revealed! The best place to live in Britain

Canberra ranked best place in the world to live
Broome in Kimberley, north-western Australia, is one of the most remote towns in the world but once you’re there, you will be rewarded with a beautiful natural phenomenon. The Staircase to the Moon is an optical illusion that occurs when the full moon casts its reflection off exposed mudflats during low tide, creating the impression of a golden staircase. This remarkable rarity occurs just three nights each month between March and October.

The mercury can hit as high as 47 degrees in Coober Pedy, the largest opal mining area in the world. This exhausting heat is why most residents in this South Australian Outback town live underground in dugout-style homes. Visitors can experience this unique way of living by staying at the Desert Cave Hotel, which has 19 underground rooms built into the sandstone and, as a result, gleam a glittery gold. For more underground hotels, see this selection from Flight Centre.

Nullarbor Links, the world’s longest golf course, took five years to build, covers two states, takes four days to complete and was dreamed up over a couple of beers.  The 18-hole golf course spans a whopping 848 miles from Ceduna in South Australia to Kalgoorlie in Western Australia. There are nearly 50 miles between some holes which can be found along Mile Straight, the most famous stretch of dead-straight road in Australia, and a selection of motels, petrol stations and wombat holes.

Forget bring your own booze – Sydney’s diners bring their own crab. Malacca Straits on Broadway is a Malaysian restaurant located in Ultimo, an inner-city suburb close to the Sydney Fish Markets. For $20, Chef Tan will return your crab dressed in a Singapore chilli sauce or Kam Heong. It’s not first date food but at least you know it’s fresh.

For the ultimate overnight experience, head to the Whitsundays and spend a night on the Great Barrier Reef. Reefsleep’s luxury pontoons are permanently moored at Hardy Reef, 40 nautical miles from the coast. The only overnight option on the world's largest coral reef offers a package that includes snorkelling, semi-sub rides and night-time diving.

Lake Lefroy, a hard and huge dazzling salt plain in the south west of the country, is the perfect spot for the unusual sport of land sailing. Land yachts have three wheels and a seat for the driver who controls his vessel with nothing other than foot controls and a hand-held rope. The flat, open space invites strong winds that will send you flying along at speeds of up to 100 km per hour.

Tiny Tasmania is regularly overlooked by the bold attractions of Australia’s mainland but it’s been busy racking up cool credentials in recent years. The creative Avalon City Retreat is a 17-metre glass pod that was lifted by crane in a single block to crown a nine-storey office block. The two bedrooms sit at opposite ends of the sleek capsule and, needless to say, the views of Hobart are quite spectacular.

Australians like to compare their Running of the Sheep in Boorowa, a Irish settler town close to Canberra, to Pamplona’s Running of the Bulls (we assume in jest). Every October, farm dogs shepherd a large flock of sheep along Boorowa’s main street and, following the flock, is a street parade consisting of Irish dancers, floats and a fashion parade where humans model woolen clothes.

Grove Hill Heritage Hotel, which looks a little like a tin shed, sits in an old gold mining locality in the Northern Territory and was built in 1934 from the materials found at abandoned mining sites. It’s as basic as a hotel can be, but on the last Saturday of every month it puts on a free barbeque and live music for the town and its guests. Price: From £78 per night.

Wilpena Pound, a natural amphitheatre that looks like a meteorite crater, is believed to be an incredible 800 million years old. The mountain range sits in the Outback’s dusty Flinders Ranges National Park, a six hour drive from Adelaide. Visitors can camp at the foot of its majestic walls in the Ikara Safari Camp, a cluster of 15 high-end safari tents. Start your day with a scenic flight over the pound, just as the sun rises, and see her in all her glory.