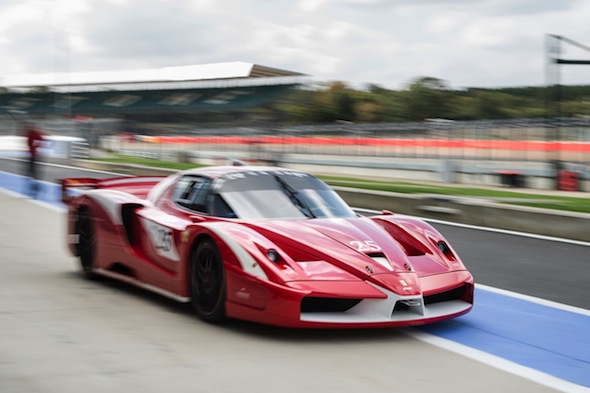 Ferrari has stated that there will be no four-door saloon or high-riding 4x4 bearing the marque's iconic prancing horse emblem, reports Autocar magazine.
Where some sports car manufacturers have sought to diversify their model ranges by introducing more practical and everyday vehicles – most notably Porsche with its incredibly popular Cayenne SUV – Ferrari is to stick to its traditional offerings of two-door sports cars only.

Speaking at his last press conference before leaving the role of company president, Luca di Montezemolo, confirmed the strategy, alongside his successor, Fiat CEO Sergio Marchionne.

"Marchionne wanted to build a truck," said di Montezemolo jokingly, "but I talked him out of it."

The pair also used the press conference to quash rumours of a forthcoming Ferrari motorcycle, sparked by the company's filing of a patent for a new V-twin engine.

Montezemolo and Marchionne have previously disagreed over plans to increase Ferrari production, with the former keen to cap output to maintain exclusivity, and the latter seeking to increase sales to maintain profitability. Despite this, Marchionne took the opportunity to state that he was happy with the current outputs of 7,200 cars per annum.

Setting out his game plan for the Ferrari brand, Marchionne also denied there was any intention to integrate Ferrari into the newly created Fiat Chrysler Automobiles holding company, with Autocar reporting him as saying that "the mixing of their blood would be fatal to both".

Top of the agenda for the Italian marque was a return to form in Formula One. Scuderia Ferrari has not won a driver's championship title since 2007, and returning to world-class form was described by Marchionne as a "non-negotiable objective".
Tags
Read Full Story Click here to comment