The most lucrative speed camera in the UK 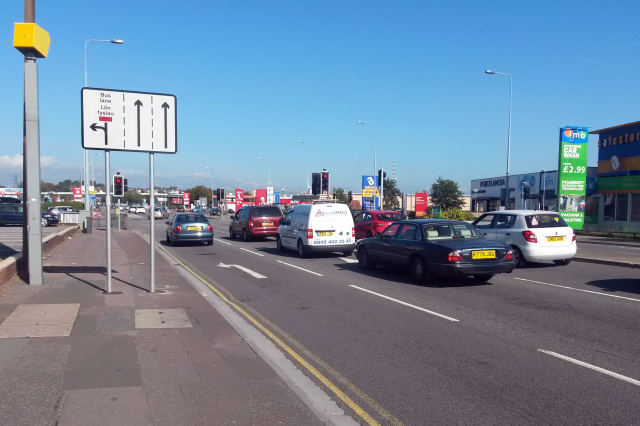 Drivers beware Newport Road in Cardiff, because it is home to the most lucrative speed camera in Britain. The camera catches an average of 71 speeding drivers a day, which means it has raked in £800,000 in fines in the last six months alone.

The camera was identified by researchers for LV=, who warned that 13,624 drivers had been caught by the camera so far this year.

The Cardiff camera steals the title of 'most lucrative' from a camera at Junction 25 on the M6 in Greater Manchester, which catches 26 motorists a day. By contrast it now looks fairly idle, generating just £189,140 in speeding fines in 2013.

Other busy speed cameras include one on the A13 Thames Gateway (westbound) in London which caught just over 8,000 drivers in 2013, and one on the M54 between junction one and three in Staffordshire.
%VIRTUAL-ArticleSidebar-motoring-guide%
The busiest cameras
Newport Road, Cardiff
M60 junction 25
A13 Thames Gateway (westbound)
M54 between J1 and J3
A34 Wytham
Milton Ernest
A435 Studley Road Alcester
A52 Clifton Boulevard
M25 Godstone to Oxted

Cash cows?
In total British motorists paid £22 million in fines last year, including 400,000 fixed penalty notices and almost 74,000 court summons. Some 58% of them were caught by a speed camera at the side of the road. These figures don't include the many thousands who chose to pay a lesser fine and attend a speed awareness course instead.

Road safety experts argue that these cameras are in place to encourage motorists to obey the law, and rather than being focused on raising money, they are intended to make the roads safer. Julie Townsend, deputy chief executive of Brake, the road safety charity, said: "Speed cameras are an extremely well evidenced, cost-effective way to improve safety and reduce deaths and injuries on roads where they are placed, preventing families going through the trauma of a sudden bereavement or life-changing injury. Put simply: speed cameras reduce speeding, which helps to prevent deadly crashes. Breaking the speed limit is risky and illegal, so only drivers who break the law will face fines."

However, the LV= figures seem to fly in the face of this research, because we don't seem to be put off speeding by the cameras - or by being caught. Since 2009, one in seven drivers have been caught speeding and 22% of these have been caught more than once. Police data shows that the number of motorists caught speeding slightly increased last year with the total number of offences up by 3% compared with 2012 figures.

The very fact that these cameras are so lucrative is a good sign that they aren't doing a decent job of stopping people speeding. Surely an effective camera by that measure would be one that caught hardly anyone because it had persuaded them all to slow down.

In fact, research from Gocompare.com indicates that in some cases the cameras actually make our driving more erratic rather than safer, as 29% of motorists slow down for speed cameras and then speed up again. It's one of the reasons why 45% of people in their survey said they didn't make driving any safer.

Meanwhile 70% of drivers said they think that speed cameras only exist to make money. But what do you think?

Motoring on AOL Money
How to save money when buying a car
Texting at the wheel - will police pick you up?
Grandmother slapped with fine for upside-down ticket