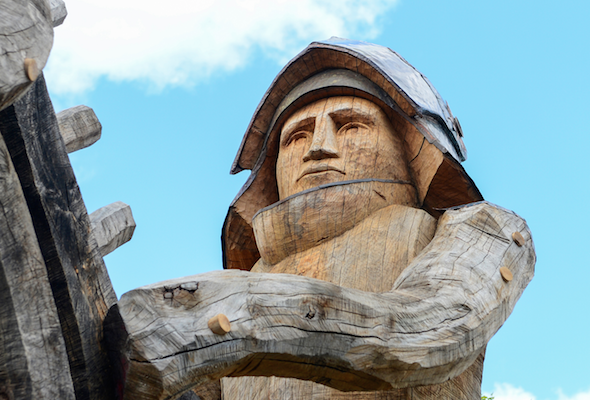 A roundabout in Gloucestershire has been named as the best in the country, thanks to its 12ft tall wooden statue of a knight on horseback.
Judges from the Roundabout Appreciation Society (yes, really) praised the Stonehills roundabout, which is on the A38 near Tewkesbury, for its "dramatic and imposing scene," which "sums up what is so enchanting about roundabouts," the Telegraph reports.

The judges were particular impressed by the statue, which was erected to commemorate the Battle of Tewkesbury in 1471, part of the War of the Roses, which took place nearby. The £70,000 installation depicts a Yorkist knight on horseback – crafted from oak – carrying a 26ft steel lance.

The roundabout's prize for winning the annual award is immortalisation on the front cover of the society's 2015 calendar.

As you'll no doubt remember, previous winners of this highly coveted award include the Shepherd and Flock roundabout in Farnham and York's Holgate Windmill roundabout. 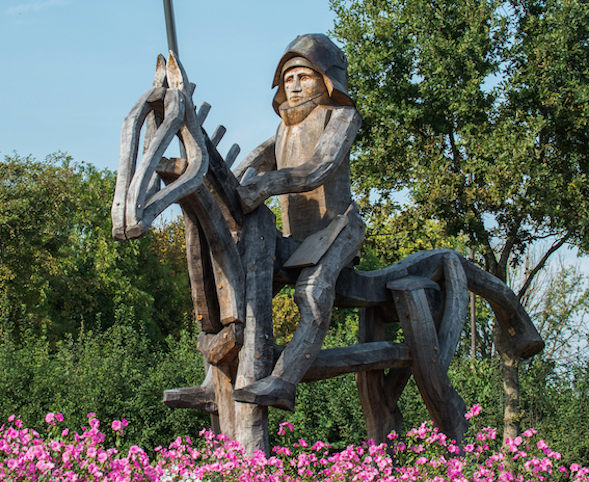 
Speaking to the Telegraph, Kevin Beresford, president of the Roundabout Appreciation Society, described the Stonehills roundabout as "one of the most dramatic and imposing roundabouts I have ever come across".

He continued: "On the approach to the island a gigantic 12ft figure looms into view, it reminds me of the final scene in the cult film 'The Wicker Man'.

"Towering over this one way gyratory we have a wooden knight in armour mounted on a giant horse. Across the roundabout on a nearby kerbside we witness a riderless horse.

"This sums up what is so enchanting about roundabouts – anything can go on a roundabout, which is the reason why the British love their traffic islands."
Steve Goodchild, president of Tewkesbury Battlefield Society, added: "We are absolutely delighted the roundabout has won.

"The sculptures are so big you certainly can't ignore them and the roundabout puts Tewkesbury on the map."

Do you have a favourite roundabout? Feel free to share why you think it's best in the comments section below.
Tags
Read Full Story