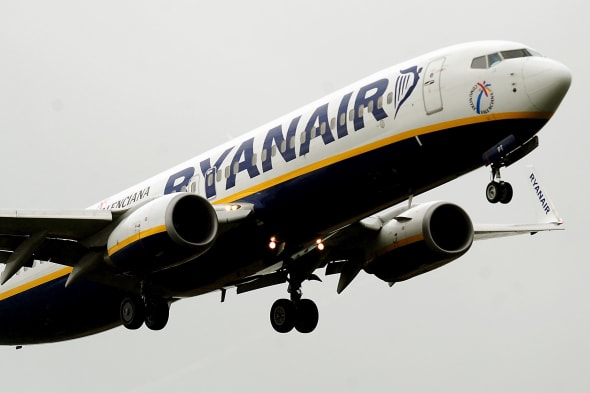 Ryanair boss Michael O'Leary has confirmed that the company is to scrap its racy calendar as it doesn't fit the airline's new, friendly image.

The calendar features barely-dressed members of the company's cabin crew - apparently, it was all their idea - and has been raising money for charity for five years. Last year, all 10,000 copies were sold, raising £10,000 for Teenager Cancer Trust.

However, it's been criticised for sexism - it features only female staff - and has led to a court case in Spain.

Earn Airmiles as you spend with this credit card

After consumer group FACUA complained, a judge ruled that the airline should stop advertising it. Ryanair wasn't apologetic: "The Girls of Ryanair 2008 calendar stocks have well and truly been stripped bare since we pointed out to the FACUA prudes that Ryanair is defending the right of women to take their clothes off," a company spokesperson said.

And, two years ago, the Advertising Standards Authority ordered the airline to pull an ad for the calendar that showed a woman in her underwear with the strapline: "Red hot fares & crew!!! One way from £9.99." The ASA ruled it was likely to cause widespread offence.

Now, though, in an interview with Today FM, Ryanair chief executive Michael O'Leary has said he plans to scrap the calendar - which, he says, cost £40,000 to produce.

Earn Airmiles as you spend with this credit card

"I think it was a great idea by the cabin crew. It genuinely did raise huge amounts of money for charity and we will struggle to replace it with something as good or as successful," he said.

He also revealed plans to change the airline's eye-popping yellow company logo. "It's on the way out. We need to soften it, we're going to go for more gold, and there is a whole list of new initiatives coming out next year as well."

O'Leary's comments reflect the increasing perception that scantily-clad women aren't an appropriate - or even appealing - form of advertising. While The Sun continues to run pictures of topless women on page 3, even proprietor Rupert Murdoch has called it "old-fashioned".

Earlier this month, he hinted that the page might disappear in its present form: " "Aren't beautiful young women more attractive in at least some fashionable clothes?", he tweeted.