​Ultra-rare Italdesign Aztec up for sale on Ebay 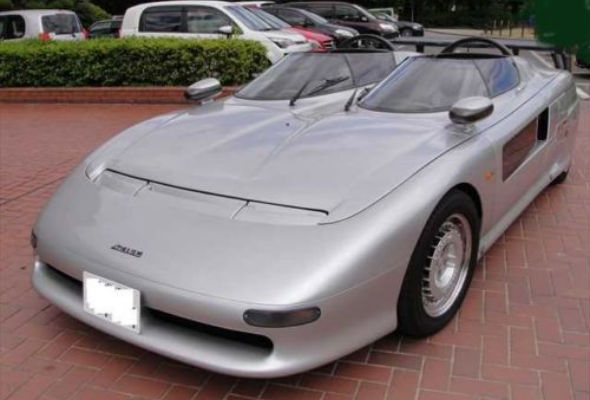 If you've always lusted after a 1988 vision of the future, your luck is in, as you can now get your hands on an Italdesign Aztec for a mere $750,000 (£459,000).
This forward-thinking 80's creation was born as a concept car at the 1988 Turin motor show and looks like nothing else on the road – even in 2014. Less than 50 of the low-slung two-seater were built and the 1988 model up for sale now was the first car to roll off the production line and has covered just 800 miles in the following 26 years.

According to the seller, this unconventional beauty, which nabbed its all-wheel drive kit form the Lancia Delta Intergrale, has always been stored in an air conditioned warehouse in Japan and packs a turbocharged 250bhp five-cylinder Audi engine under the bonnet, reports World Car Fans.

Setting the Aztec apart from pretty much every other car on the road, it has a quirky split passenger compartment – perfect for estranged couples or warring siblings. The passenger even gets their own steering wheel-esque console.

The car also has external control panels which let you check brake fluid, coolant and engine oil levels, and has a removable temperature gauge – great for thieving passersby. But best of all, it's got a removable electric screwdriver. Why, we're not so sure...

Despite its futuristic kit and unique styling, this rare machine didn't receive any bids in the eBay auction, which recently closed. Get in touch with the buyer if you fancy battling over the $500,000 reserve price...

​Ultra-rare Italdesign Aztec up for sale on Ebay
Up Next