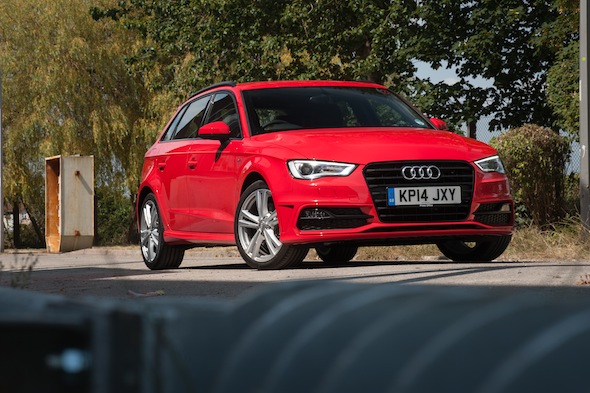 You may (quite rightly) think we journos have a lovely time of it.
I mean, we can pick up the phone to any manufacturer, ask for a car and it's delivered clean, with a full tank of fuel and normally by a man called Gary with BO problems. We then pile 500 miles on to the odometer, eat 14 McDonald's in it and hand it back in a similar state to a car that has completed the Wales Rally GB. In return, we say some words about it and then move on to the next victim.

Well, this won't be happening with this particular test car. Why? Well, I've been waiting since the beginning of January for the Germans to get round to building it and for the next six months I'm going to look after it with all the care and attention that I'd devote to my own newborn.

Once I got the go-ahead from Audi that we could run an A3 2.0-litre TDI Sportback as a long-termer, so began the hours and hours on
the Audi Configurator – all during my time in the office I must add.

The bodystyle and engine had already been chosen, but it was up to me to select the rest – and it really wasn't as easy as you think. Did I want stylish SE or sporty S line? Easy – it was the latter. Did I want the standard alloys? Yes – they're quite nice. But then it came to the options...

I wanted bright, eye-splitting red, but the only shade that matched my requirements was 'Misano pearl effect'. No matter, but it's £525. If you're having red, the contrast 'black styling package' completes the look nicely and consists of a black framed grille and no chrome window surrounds. That's £395. That doesn't include the smart black roof rails either – a further £250 to the order.

Long term report: Audi A3
Up Next


Obviously I wanted upgraded media so that when I cruised along the motorway in the outside lane, pressurising other drivers off the road, I wanted a proper media system that allowed me to change everything from the smart pop-up screen.

And obviously I wanted the knob that adjusted all the features to be touch-sensitive – like any man would. That was £1,495.

And naturally I wanted there to be banging stereo, so the Bang & Olufsen sound system had to be fitted, even if it did cost £750.

And there are cool strip lights on the speakers that light up at night too, which means my coolness quotient just increased to gargantuan levels.

What with waiting for seven months for the car as well, I know just what it's like to be a rich A3 owner. The only good thing about this whole situation was that a nice man who was called Jeff and had impeccable personal hygiene delivered the car.

It finally turning up after a seven-month wait!
Tags
Read Full Story