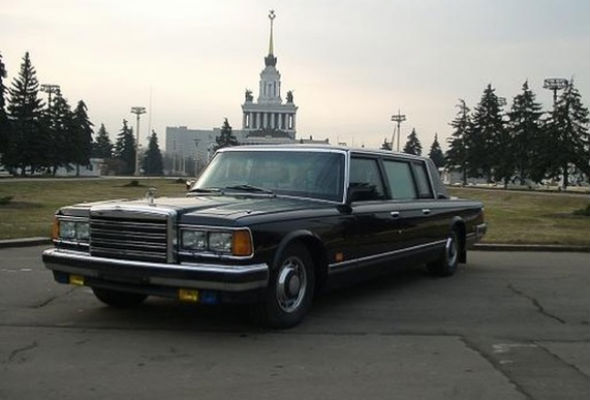 Want to live out all your Cold War fantasies? Have a fetish for evil-looking Russian machinery? Then step right up and get your name down for this communist carriage, the 1989 Zil-41052 armoured limo; a car that carted around those titans of Russian history, Mikhail Gorbachov and Boris Yeltsin.
Oh, and you'll need no less than £1,182,450 for the keys. For some context, the same kind of money could buy you the Koenigsegg Agera S, which has no fewer than 1,016bhp. The Zil is hardly underendowed in the horsepower stakes though, thanks to its 7.7-litre V8 engine and 311 communist colts cantering away under that long, square bonnet, reports Car Scoops.

Thanks to significant armouring, this 6.3m long cubist ride weighs in at a whopping 5,500kg – around twice as much as the heftiest Rolls Royce you can buy – so don't expect fast acceleration from this three-speed automatic machine, though miraculously it can lumber its way up to 118mph.

This Zil resided in the governmental garage of the President of the Soviet Union, and later, Russian Federation, from 1989 until 2007, and is one of just 13 made.

So what does your £1.2 million buy you. Well, you don't get leather seats for a start, though copious amounts of wood trim are present and correct – and you get that obligatory limo toy, curtains. According to the seller, "the limousine have an excellent condition" along with a mileage of just 18,270 miles.

Russophiles with more than a million burning a hole in their pockets will want to take a look at the ad at James Edition or get themselves over to Moscow to view this hunk of history.

​Ex-president Gorbachov's armoured limo for sale
Up Next