Ultra-rare Steyr Puch 500 to go under the hammer 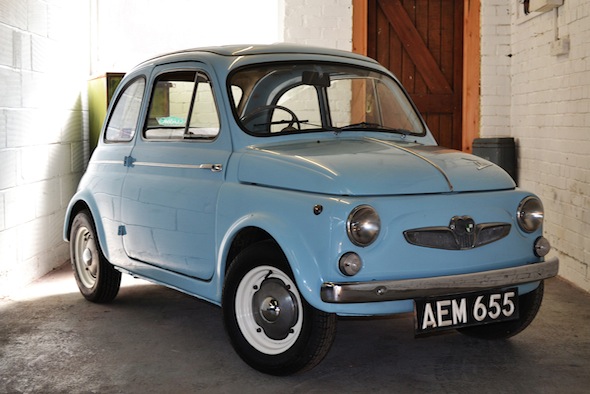 A rare Steyr Puch 500, believed to be one of only two right-hand-drive models remaining in existence, is to be offered for sale by Silverstone Auctions.
The 500 is arguably Fiat's – and Italy's - most iconic car. However, this particular version was built under licence by Austrian carmaker Steyr-Daimler-Puch in 1960, after they acquired the rights to build the 500 as a cost effective way of resuming manufacturing after World War II.

The car was part of an original run of just 33 right-hand models, of which this is one of only two thought to survive. The other is housed in the Steyr Puch museum in Austria.

This model was bought by its current owner in 2013 after it had been kept in storage in Ireland for 28 years. After receiving light restoration to some mechanical and interior trim pieces, it is now once again ready for the road. It is expected to fetch between £15,000 and £18,000.

Commenting on the sale of the car, managing director of Silverstone Auctions, Nick Whale, said: "We've sold our fair share of rare classics in the past and this lovely little car is a fine addition to that list. With the other surviving car housed in a museum this is likely the only opportunity to acquire one of these special cars.

"This stunningly unique 500 is an intricate piece of the Steyr/Fiat family and is a fantastic opportunity for both Steyr and Fiat collectors internationally to acquire a special model."

The Steyr Puch 500 will go under the hammer at Silverstone Auction's Autumn sale on September 20. Also being offered is a one-off 2011 model Fiat 500 Stirling Moss 722 Tribute, signed by the racing legend himself.