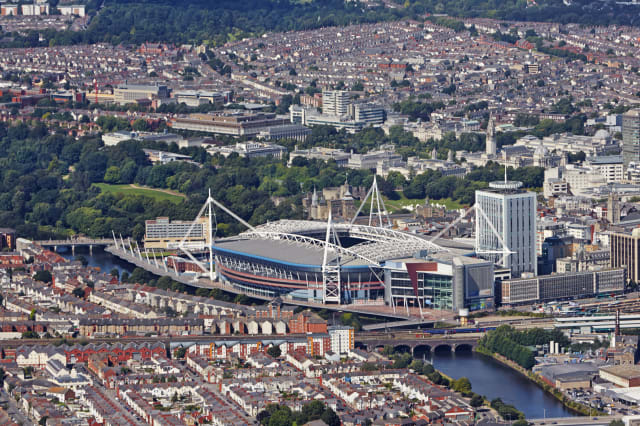 People living in Cardiff enjoy the best quality of life compared with the UK's other major cities, according to a report.

And for those looking to retire, Dorset offers the best chance of a pleasant lifestyle, a separate piece of research suggests.

Cardiff came out top in a study by website MoneySuperMarket, which ranked the UK's 12 largest cities by measuring a range of key economic indicators such as house price growth and rental costs, salaries and disposable income growth, living costs, unemployment rates and "life satisfaction".

The Welsh capital, which scored above average on every factor apart from salaries, took the number one spot from last year's winner Bristol.

Belfast sat in second place in the survey while Bradford rounded out the top three, pushing London into fourth position and Bristol info fifth place.

Cardiff residents were found to have the lowest average living costs at £359 a week, compared with £486 typically in London, which had the highest living costs. These costs include money spent on food and drink, clothing and footwear, household goods and services, health, transport and recreation. Cardiff also had one of the lowest unemployment rates of the cities looked at, at 8.1%.

Bristol has the second highest living costs outside London, at £430 a week typically, the research found. The study also revealed that at £686 a month on average, rents in Belfast are much cheaper than the average of £951 for the 12 cities looked at. Average rents in Bradford were the lowest in the study, at £490 a month typically.

As Scotland prepares for its referendum on independence, the research also found that both Glasgow and Edinburgh have experienced slower-than-average house price growth over the last year compared with the other major cities.

Both Glasgow and Edinburgh have seen annual growth of 5.4% in house prices, while the average price growth for the 12 major cities was 9.0%.

Story differs from city to city

Dan Plant, consumer finance expert at MoneySuperMarket, said: "On a national level, the economy is performing well. Big contributors to that are growth in salary, disposable income and house prices, while unemployment has fallen.

"However, the precise story differs city by city. While some, like Cardiff, Belfast and Bradford, measure up well against many of the indicators, others aren't feeling the benefit of the rising economic tide."

The research, which was based on a range of sources including official statistics, was released as a separate survey from Prudential named Dorset as the best place in England and Wales to retire, followed by Solihull in second place, with the Vale of Glamorgan, north Somerset and Buckinghamshire in joint third position.

The Prudential study, which was also based on official statistics, ranked local authority areas based on factors such as good health, home ownership, marital status and propensity to travel among the over-65s.

Here is how the UK's largest cities were ranked by the research for MoneySuperMarket in terms of quality of life:

The best and worst cities to live in the world

The most expensive city in the world