Entrepreneur moves into a garden shed: to pursue her dreams 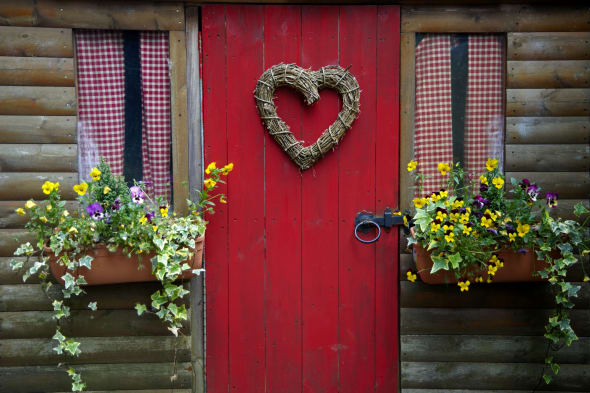 It hardly seems like the stuff dreams are made of, but Pippa Murray, a 26 year old entrepreneur, has moved into a tiny shed in Battersea in an effort to achieve her ultimate ambition. She wants to set up her own business making nut butter, and her solution for how to afford it has involved moving everything she owns into a shed measuring 4m x 3m.

This unusual solution was the brainchild of Escape The City, a careers website, which held a competition for aspiring business people. They were offering to pay the basic living costs for three months for the lucky winner. Murray and her nut butter business, Pip & Nut, won the prize, which involved moving into the shed in the garden of Escape the City's HQ - and a desk in the office.

Murray told the Telegraph she actually left a job at the Science Museum in order to go and live in the shed, and admitted that her colleagues thought she was crazy.

She told the Metro: "The shed is basic but its all i need to get my business off the ground. Without the shed I wouldn't have been able to follow my dream to set up my own food business – rent and everyday living costs are such blockers. The shed allows me to go back to basics, eat, sleep and live in my start-up bubble!"

She's no stranger to using new methods to raise the money to make her business work. She has also launched crowd funding on crowd cube to start her first production run, and raised more than £23,000 of her £100,000 target. Her nut butters will arrive in Selfridges in October, and she is in talks with other retailers.

Tales from the shed
It's an unusual start to a business, but this sort of dramatic downsizing in pursuit of a different kind of life is not so unusual.

Back in July we reported on the farm worker who had built his own home for just £3,000, after being given permission to build it on the farm. He chose this unusual route as being the only way he could afford to move out of the family home on his wages.

Then there was Macy Miller, an Idaho architect, who built a tiny but beautiful home for $11,000. She said she was inspired by a dream after losing her home to foreclosure, and thanks to her brilliant design, the tiny footprint was adapted to provide enough room for her and her Great Dane.

Sadly these plans don't always work out. In October last year a couple in Cornwall were ordered to demolish the eco home they had built on their smallholding. The shed had no planning permission, so they were ordered to pull it down. They said they planned to start again with a similarly low-key approach in France.