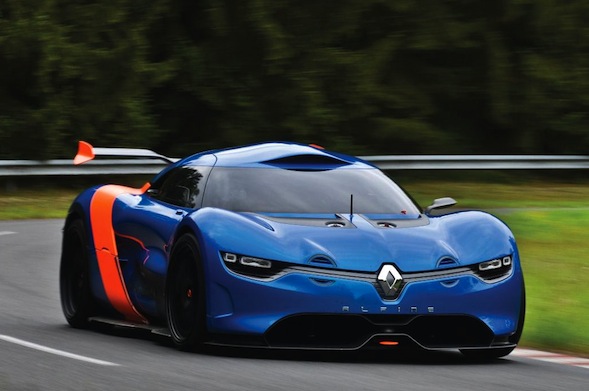 Renault's highly-anticipated Alpine sports car could pave the way for a wider range of models, the brand's design director, Laurens van den Acker, has told Autocar.
Speaking at the Moscow Motor Show, he said he hoped the sports car would be the launch pad for a range of Alpine-branded vehicles, on its launch in 2016.

"As with many things we need to have a good business first. We all love Alpines but we all want to make money as well. Let's get the first car right and then I hope I can start doing Alpines for the rest of my life," he commented.

The new Alpine sports car was first teased as the A 110-50 concept car (pictured above) in 2012, though company bosses have since confirmed a production model will not use its design features.

Originally a collaboration between the French brand and British sports car manufacturer Caterham, it has since become a solo Renault project following a mutual split between the companies earlier this year.

Autocar reports that the design for the forthcoming car is nearly finished, with the styling already having been signed off by senior Renault executives.

Specification details for the new car are being closely guarded, though Renaultsport boss Patrice Ratti did confirm a focus more on driver engagement than outright performance.