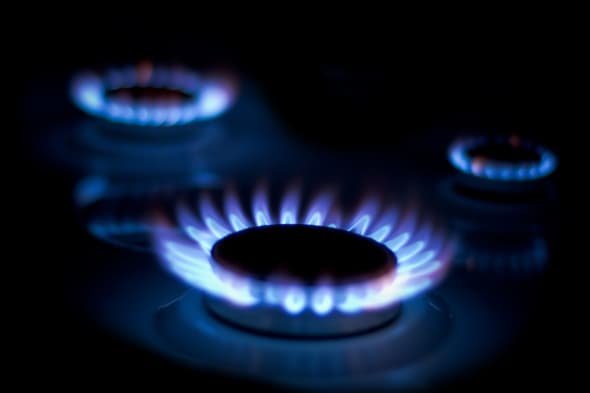 Remember how the energy firms put prices up when their costs rose? Now, their prices have fallen, but they are failing to pass on the benefits to their customers.

Over the last six months, the wholesale price paid by gas companies has halved, but prices have remained the same. Customers are now being charged at least three times as much as the energy firms are paying their suppliers, says consumer group Which?

While wholesale prices are now at their lowest for four years - less than 42p a therm - companies including nPower, EDF, SSE, E.on and Scottish Power are charging between £1.21 and £1.37. British Gas, which supplies 40% of British homes, is charging between £1.35 and £1.50 per therm.

The companies say that wholesale prices are only part of their costs, which is why customers are being charged so much.

Ofgem analysis
Regulator Ofgem last week published an analysis of energy costs, showing that the average dual fuel bill from August 2014 to August 2015 will be £1,330. £598 is the wholesale cost, with network, environmental and social costs making up £386 of the bill. "Our estimate of the pre-tax margin that a typical large supplier could make over the same period is £102 or 8%," says Ofgem.

The Competition and Markets Authority is currently holding an inquiry into the energy supply business, after a report from Ofgem found "rising profits with no clear evidence of suppliers reducing their own costs or becoming better at meeting customer expectations." However, the inquiry isn't expected to publish its findings until the end of next year.

Customers may at least take comfort from the fact that Labour has promised to freeze energy prices if it wins next year's election. In the meantime, they can consider switching to another supplier. Some smaller companies are substantially cheaper than the big six - First Utility, Ovo Energy and Spark Energy, for example. Around two million people have switched to alternative providers over the last year.

Online calculators
There are a number of calculators online allowing customers to work out the best deal for them, including UK Power and Which? Switch.

Other ways of cutting your bill include switching to online bills and paying by monthly direct debit, each of which can cut 10% from bills. Billed meters are much cheaper than prepayment ones - so much so that it's worth paying to have one installed if you can. Fixed tariffs may be more expensive, but at least protect you from future prices rises, and allow you to plan ahead with confidence. And getting your gas and electricity from the same supplier on a dual-fuel deal will usually earn you a discount.