Jaguar E-Type named the greatest car of all time 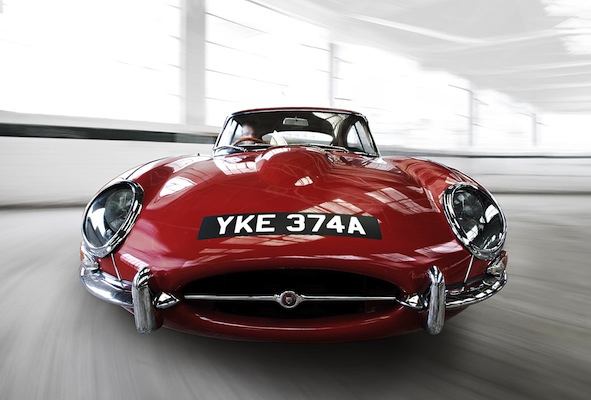 The iconic Jaguar E-Type has been named as the greatest car of all time, in a new survey commissioned by the Discovery Channel.
To celebrate the 100th car featured in the network's 'Wheeler Dealers' series, over 2,000 British drivers were asked to name their favourite ever cars, with the low-slung Jaguar sports car pipping the original Mini to the top spot.

In fact, the top-10 standing was dominated by British-built machines, with no less than four Aston Martins – the DB5, DB9, V8 Vantage and Vanquish – taking 5th, 7th, 8th and 10th place respectively.

Acclaimed British luxury marque Rolls-Royce also managed to get two models in the top 10, with the vintage Silver Ghost and contemporary Phantom models both appealing to drivers with their classic approach to luxury.

The only other nation represented was the Germans, with the original Volkswagen Beetle and the Porsche 911, which has been in continuous production for over 50 years, coming third and fourth.

Despite the Ferrari F40 being widely recognised by critics as one of the finest sports cars ever made, its hardcore performance ethos didn't really register with survey respondents, and it narrowly missed out on the top-10 rankings, taking 11th place.

Commenting on the survey findings, Mike Brewer, presenter on Wheeler Dealers said: "This research underlines the incredible heritage of British car manufacturing, where originality, style and performance have been the hallmarks of many of our greatest cars. As the classic car market continues to boom, we're seeing many popular productions being snapped up as future classics."

Check out the gallery below to see the top 10 greatest cars list in full.

10 PHOTOS
The greatest cars of all time
See Gallery