Would you turn your dead loved ones into bling? 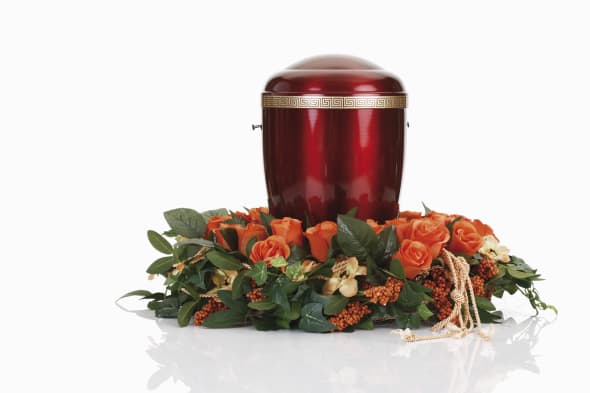 Glynis Barnett, a 63-year-old retired PA from Kent, had her husband John's ashes turned into a yellow diamond, which she says is her way of keeping him close after his death. She one of a number of people turning to unusual ways to use ashes in memory of their loved ones, and here are five of the most unusual.

Barnett spent £5,000 having John's ashes turned into a gemstone. For her it was the perfect solution after spending 18 months trying to decide the best thing to do with them. She intends to have the diamond set into a ring, and will leave it to her daughter after she passes away.

She told the Daily Mail that she often showed people the diamond and they were complementary about the unusual colour. She added: "They're so surprised when I tell them the diamond used to be my husband John."

Sue White, a 60-year-old company director from Ascot, chose instead to have the ashes placed inside a garden ornament. The large modern sculpture of a flower bud is in her rockery, which she told the Mail made her feel close to him whenever she was in the garden. The piece was bought from memorial specialists, and has a secure compartment inside for the ashes.

One company in the US will enable you to send a portion of ashes into space - either landing on the moon, orbiting the earth or the moon, or going into deep space. Packages which enable the ashes to orbit the earth start at $5,000. New York sculptor Luise Kaish chose to be launched into deep space as a final creative act. She passed away in 2013 and is scheduled to go up in 2016.

The Eternal Ascent Society will full a helium balloon with ashes and send it up with a brief service for the family. It's currently only available in the US, but is selling franchises so could be in the UK shortly. One happy customer wrote to the company to say: "To know my husband is up there in the universe is a great comfort to us. No matter where we all are, near or far apart from one another, all we have to do is look up to the "sky" and there he is - looking down at us forever."

Art from ashes will turn cremated remains into glass ornaments - including paperweights, sun catchers, vases and worry stones. One grateful testimonial on the site reads: "The remembrance pieces I gave as gifts during the 2007 holiday season were valued gifts that will be treasured by their recipients for many years to come."

Cemetery cashes in on demand for graves near Miles Davis