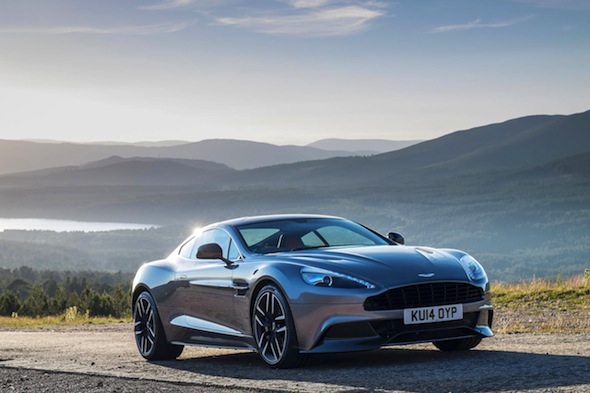 Daimler, the parent company of luxury German automotive giant Mercedes-Benz, could be getting ready to purchase British marque Aston Martin, reports Car and Driver.
While no formal decision has currently been made, the acquisition is currently being considered by the top brass at the conglomerate, whose diverse range of brands includes Smart, Maybach and US HGV manufacturer Freightliner.

Mercedes-Benz currently owns a five per cent stake in the iconic Brit sports car maker, with the two companies entering into a partnership agreement last year that will see Mercedes AMG engines used in future Aston Martin models, as well as other technology.

The partnership does not extend to co-operation on design and other aspects – something that would likely change with any future takeover by Daimler.

Daimler is reportedly split on the decision to buy Aston Martin, with some warning of the risks of buying the low-volume manufacturer, and others considering the brand a much-needed jewel in its product portfolio.

Elsewhere, Daimler is also considering purchasing Italian motorcycle manufacturer MV Agusta. This is likely a move to make the German corporation more competitive in the face of BMW's Motorrad division, as well as Ducati, which was bought by Audi in 2012 – itself a sub-brand of the Volkswagen Group.

Do you think a brand as quintessentially British as Aston Martin should be sold to a German company? Will a takeover be to the benefit or detriment of future Aston Martin models? Have your say below.
Tags
Read Full Story