Abused slow loris flown to safety in the UK 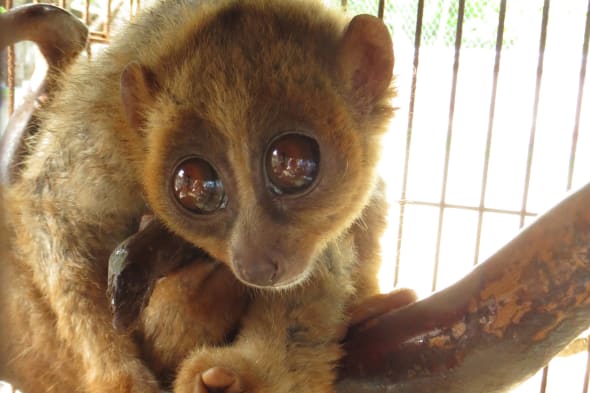 A Bengal slow loris that police officers confiscated during a drugs raid has been flown more than 5,000 miles from the Maldives to start a new life in Britain.

The slow loris is a species of primate no larger than a bag of sugar.

The vulnerable primate had been living in the capital Male since the drugs raid.

Officers housed the nocturnal creature in a birdcage on Dhoonidhoo, also known as "prison island", for eight months, feeding it baby food and bananas, while they searched the globe for a suitable new home. Officers named the loris, believed to be male, Kalo, which translates as "buddy".

Alison Cronin, who runs the Ape Rescue Centre at Monkey World in Dorset, embarked on a complex mission to re-house the primate in the south west of England. Words:PA

With other countries unable to help transport the animal, which is one of only a few thousand in existence, she brought the case to the attention of the British authorities and requested permission for it to be brought to the UK.

She said: "It would have been a huge loss if a healthy, vulnerable animal had to be destroyed, but it was also really important for us to support the Maldivian authorities, and to send a message to other countries around the world that vulnerable creatures don't need to be put down - organisations like ours will provide support and assistance to ensure that endangered species aren't allowed to die off.

"I asked British Airways for its help in flying the VIP (very important primate) to the UK, and the airline responded immediately, because it has a history of supporting conservation projects." 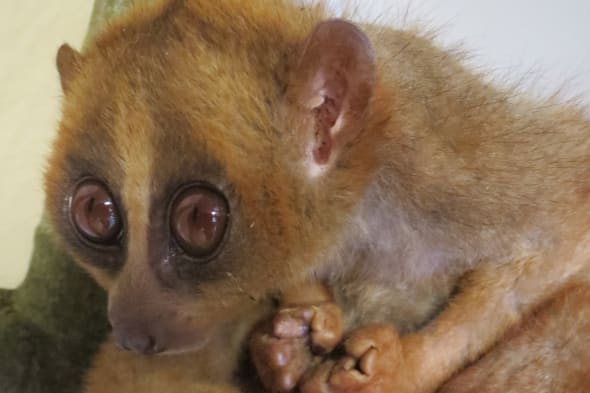 Captain Will Rennie flew the animal from Male to Gatwick Airport. He said: "Travelling at more than 500mph with us, our special little guest was for once not such a slow loris! The news that we had a VIP on board certainly created a buzz among customers in the cabin.

"We were very happy to offer a free ride - we knew this would be a different experience for our furry friend, so we made the journey as comfortable and cosy as possible."

Gabriella Tamasi, IAG Cargo's global product manager responsible for live animal transportation, who
arranged the flight, said: "This was an unprecedented operation from Male airport. The welfare of the animals we transport is our top priority, so we always adhere to IATA live animal regulations.

"Every detail had to be right - from the size of the container that the loris was travelling in to the way it was secured, and the temperature in the hold. We felt very strongly that with so few of these creatures in existence, this was something we had to help with."

The animal will spend the next four months in quarantine at Monkey World. It is then expected to begin a new life at the Shaldon Wildlife Trust in Devon, with a new friend, a slow loris called Doris, who has been without a companion since she arrived in the UK 15 years ago.

Abused slow loris flown to safety in the UK

'Mystery monkey' on the loose in Dorset