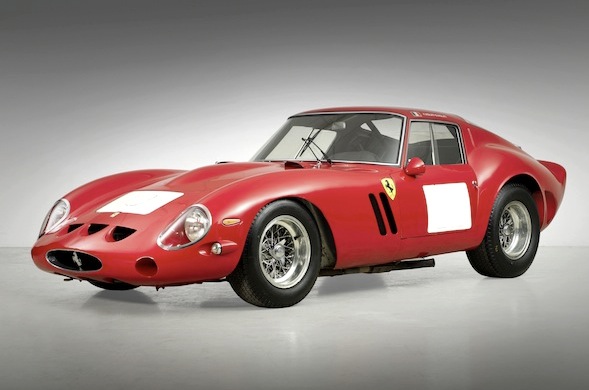 Classic cars are definitely 'in', with old vehicles chalking up record prices left, right and centre. However, the latest machine to snatch the record for the highest price achieved at auction is a Ferrari 250 GTO Berlinetta, which was cheered onto the stage at Bonhams' Quail Lodge Auction in California on Thursday.
This glistening red 1962 machine chalked up a bombastic bid of $38.1 million at the event, which precedes the Pebble Beach Concours d'Elegance this weekend. That's £22,824,521.39 in real money. One of just 36 GTO Berlinettas built in the 1960s, the Italian beauty has blasted its way into the record books, though it did fall short of some expectations of smashing through the $50 million mark, reports the New York Times.

Ferrari GTOs have long been revered classics and strong candidates for scoring record values. However, with classic car values reaching new heights it may not stay at the top of the leader-board for long. This red 250 GTO, with serial number 3851 is one of the earlier models built and the first to be on public sale for many years.

Despite the record price, this car has previously been crashed, killing former French Olympic ski champion Henri Oreiller in a race in 1962. Rebuilt in the Ferrari factory after its crash, this GTO was owned by wealthy Italian amateur driver Fabrizio Violati, who died in 2010.

The 250 GTO is the last front engine coupe built by Ferrari for racing and was followed by the mid-engined 250 LM in 1965.