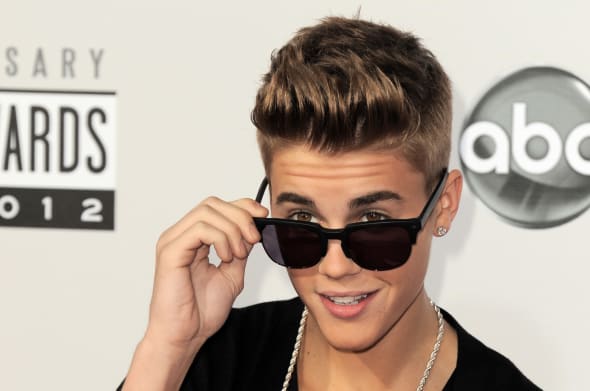 Pop-brat Justin Bieber has pleaded guilty to charges of careless driving following a run-in with police in Miami Beach seven months ago.
The 20-year-old singer was arrested in late January, after being party to what police at the time described as an illegal street race between his rented Lamborghini and a Ferrari driven by fellow singer Khalil Amir Sharieff.

Neither party was specifically charged with racing, and there was little evidence to suggest that Bieber had even exceeded speed limits in the area.

A breathalyser test also confirmed that the Canadian native was under Florida's prescribed alcohol limit for underage drivers (never mind that he's not old enough to drink...), though a drugs test did reveal the presence of both cannabis and prescription drug Xanax in his system.

Bieber was further charged with resisting arrest, after losing his cool and ranting at officers, and with driving on an expired licence.

He entered into a plea deal with prosecutors, which means he will avoid a conviction for driving under the influence. The terms of the deal include his attendance at a 12-hour anger management course and a $50,000 (£29,834) charitable contribution, something that Bieber's defence lawyer said that he had already made to a local children's charity.

This isn't the first time Bieber has had a brush with the law. In July he appeared before a judge in relation to a vandalism charge that arose after he threw eggs at a neighbour's house. That case was settled after he agreed to pay over $80,000 (£47,735) in damages.

Bieber is also due to appear in court over the alleged assault of a limousine driver in Toronto in December last year.
Tags
Read Full Story Click here to comment