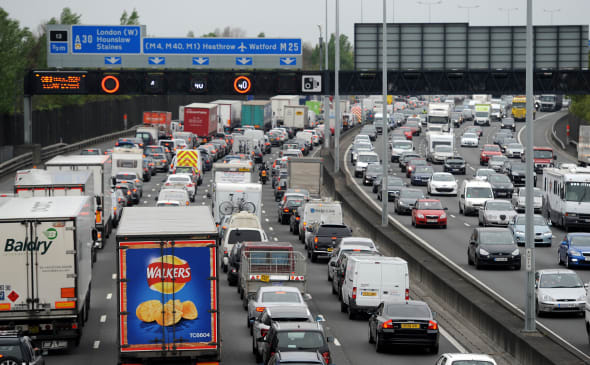 Speed cameras along a stretch of the M25 are finally being switched on – some two years after they were installed.
These cameras were fixed to gantries that were put in place between junctions 27 and 30 of the motorway when the 16-mile section between the Dartford Crossing and M11 was widened.

Now drivers are being told via signs on the gantries that the cameras are in use.

The cameras are connected to gantry-mounted electronic signs displaying mandatory limits in red rings, and sit behind the signs. However, the cameras won't be "live" when the signs are blank.

The speed limits – when activated – will vary depending on traffic conditions. Other parts of the M25 are already running the scheme.

A Highways Agency spokesman was quoted in the Thurrock Gazette as saying: "We are in the process of commissioning speed cameras and, in August, are installing the signs between junctions 27 and 30 of the M25.

"Cameras are used to smooth traffic flow and improve journey time reliability. Regardless of cameras, speed limits are enforceable by the police. It is important that drivers understand that the onus is on them to ensure that they abide by speed limits."

In 2012, an exclusive AOL Cars probe, which lasted three months and involved 20 Freedom of Information requests, forced four police forces to admit that their M25 speed cameras either didn't work or had failed to catch a driver over the previous year. At the time, Essex Police said there were no live cameras on the stretch of the M25 for which it was responsible.
Tags
Read Full Story Click here to comment