Shed of the year winner revealed 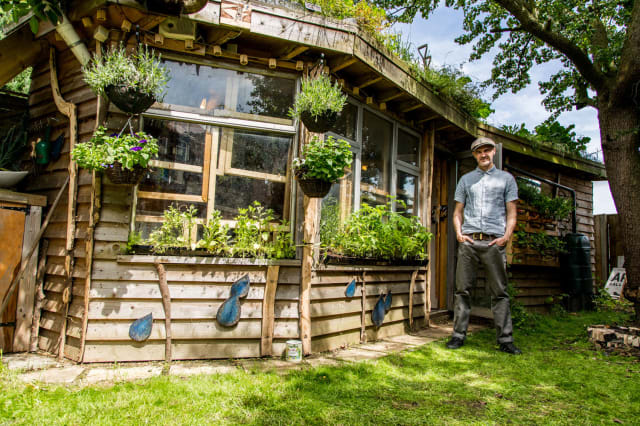 An eco-friendly shack made from recycled waste, whose roof is used to grow vegetables, has taken the title of Shed Of The Year.

The Allotment Roof shed - built in north London by Joel Bird - beat off an outdoor disco and cosy mini-pubs to take the annual award, which attracted 2,000 entries.

The winner, which includes solar lighting and a wood-burning stove, was announced in a Channel 4 programme, hosted by architect George Clarke.

Mr Bird, 39, who has a business building bespoke sheds, grows an array of veg on top and uses the main space for a studio to paint and make music. He collected £1,000 for his win from sponsor Cuprinol.

He said: "Sheds are no longer just places for men to escape to, they are transforming the way people live their lives and subsequently how they see themselves. I'm hoping to use the award to promote the benefits of a more sustainable life." 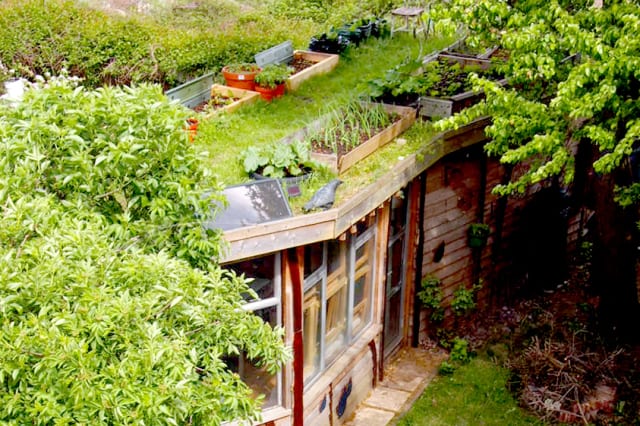 The competition was judged by Amazing Spaces Shed of the Year presenter George Clarke and his expert team of craftsman William Hardie, architect Laura Clark and industrial designer Max McMurdo.

Clarke said: "The nation's love for transforming their garden shed to an extension of the home is really trending right now.

"The TV show highlighted some of the most creative, beautiful and unusual sheds in the country, as well as allowing me to meet incredible people - like Joel - who are so enthusiastic about what they do."

Farmworker builds his own house for just £3,000

Who would pay £1 million for a London bedsit?

Shed of the year winner revealed
Up Next