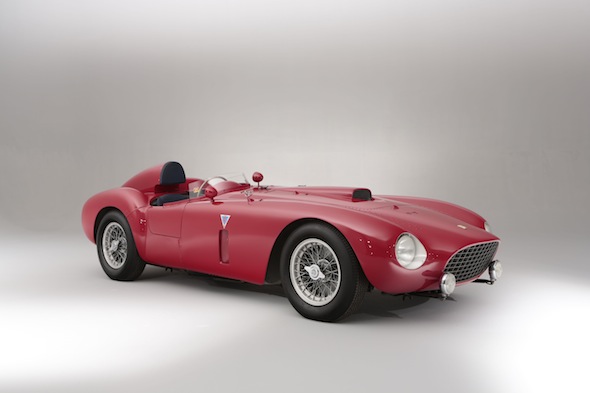 The winning bidder of a Ferrari 375 Plus, which recently broke the record for the most expensive Ferrari race car ever sold at auction, has started legal proceedings in a bid to cancel the sale.
The unidentified buyer, who paid a staggering £10.9million for the ultra-rare road racer, has served a claim against Bonhams auction house seeking to rescind the sales contract and obtain a full refund of the purchase price, claiming that he was kept in the dark over ongoing legal proceedings surround the car.

The issue has arisen due to litigation over the ownership of the vehicle between two former owners, that the current buyer claims were fraudulently or recklessly misrepresented at the time of sale.

The car was sold at a Bonhams auction held at last month's Goodwood Festival of Speed, with the sales catalogue detailing that all relevant litigation surround it had been settled.

Furthermore, the buyer's agent, Copley Motorcars, claims that it was told by Bonhams that: "we know of no reason why title to the car cannot be validly transferred to the buyer or why the buyer should not be able to register title in, for example, the EU or the USA, subject to whatever local rules may apply about road registration of a sports racing car".

It is on these assurances that the misrepresentation claim is based, with the claimant stating that Bonhams was aware of the overturning of a US ownership ruling – leaving litigation ongoing – when it made them.

Aside from rescission of the sale of the Ferrari and restitution of funds paid, the buyer is seeking both damages in and compound interest from Bonhams.

The Ferrari 375 was designed to compete in endurance racing. Only five examples were built, with the disputed model first campaigned by the Ferrari factory team, before being sold to Kleenex heir Jim Kimberly, from who it passed on to a number of successive buyers.
Tags
Read Full Story