McLaren F1 expected to raise more than £7 million at auction 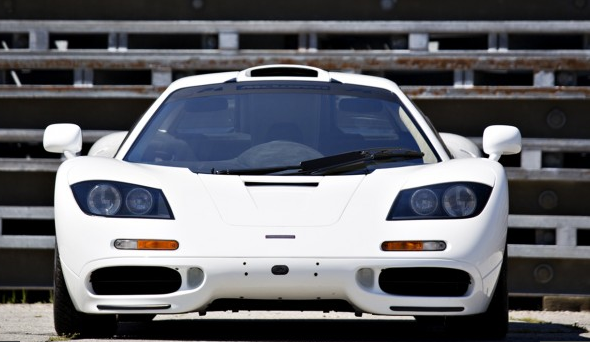 When it comes to supercars, they don't come much more super than the McLaren F1. Despite its motorsport billing, this machine was designed to be the ultimate road car – and with its top speed of 231mph the McLaren took the world by storm when it arrived on the scene in 1992.
Up for auction in August, this 1995 example is the only Marlboro White model to be built, according to the auction house. With just 1,004 miles on the clock, this F1 is expected to fetch up to $14 million (£8,286,000) at the Gooding car sale during the annual Pebble Beach classic car meet in California.

Despite the few miles it has covered, this barely run-in F1 has had three owners in its 19-year life. It also received an extensive service by McLaren back in 2008 and comes complete with the leather-bound manual, gold-plated titanium toolkit and bespoke fitted luggage that came with the car in 1995. The new owner will also receive the original silver wheels to go along with the black alloys currently fitted.

With an F1 selling at last year's event selling for over £5 million this one-off white model should soar past that figure in the auction later this month. Only 106 models, including prototypes and racing versions, were produced between 1992 and 1998 ensuring the car's rarity and value. The auction house says: "In an effort to preserve the car's fantastic condition and shockingly low mileage, the McLaren was minimally used and treated as a work of art."


It's no museum piece though, as the car is stuffed with lightweight carbon-fibre, titanium, aluminium and even gold. The 627bhp BMW V12 engine ensures that the F1 is still rapid in 2014, with it firing past the 60mph mark in just over three seconds.

Thanks to its centrally mounted leather and alcantara driver's seat, this model should appeal to buyers across the world. We eagerly wait to see just how much this model sells for later this month. The car originally started its life in Japan before being shipped across to Chicago and on to its current owner.
Tags
Read Full Story Click here to comment