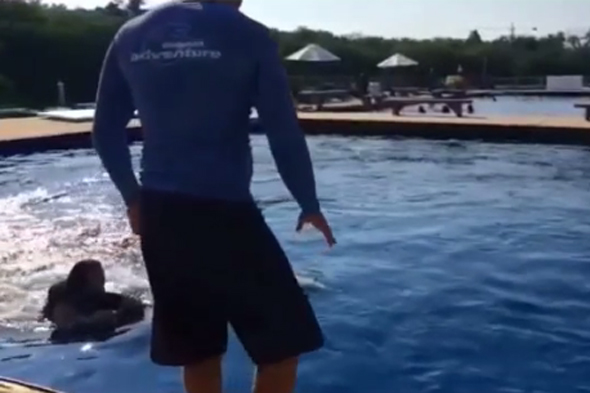 Kim Kardashian has been accused of "intrusive" and "dangerous" behaviour by PETA after sharing a video of herself riding a dolphin on holiday in Mexico.

The 33-year-old wife of Kanye West was seen holding onto the animal's fin and being pulled around a pool at Vallarta Adventures.

Kim posted the video on Instagram and wrote: "Double dolphin ride with @kristennoelgipson Thank you Vallarta Adventures for teaching us so much! Can't wait to show my daughter the pics of her swimming with dolphins & kissing a sea lion when she gets older! #ThanksForTheMemories #Mexico"

But PETA's Senior Vice President Lisa Lange responded to the video, telling Radar: "Kim is free to leave the pool, but for the dolphins, it's a lifetime sentence. 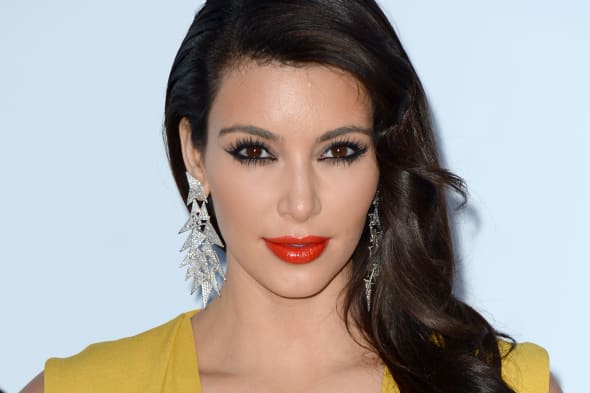 "Touch tanks and 'swim-with' programs allow the public to pet, kiss, or even 'ride' dolphins. Such programs invade the animals' already diminished worlds and are intrusive, dangerous, and stressful for the animals as well as for human participants."

Lange added: "Animals in 'petting pools' can become injured and anxious as a result of constant poking and prodding, and exposure to bacteria that they are not immune to can make them ill. The dolphins also often express their frustration through aggression."

In February, a nine-year-old girl was bitten by a dolphin on a trip to SeaWorld, PETA said.

The animal rights group asked the US Department of Agriculture to investigate a report of a dolphin biting the girl at SeaWorld in Texas.

In its request, PETA said the girl was bitten on 22 February while she was trying to pet the animal at SeaWorld's Dolphin Cove exhibit, which allows visitors to touch the dolphins.

PETA counsel Brittany Peet said in the request: "This incident and exhibit clearly endangered both the dolphin and the public," adding it was "an apparent Animal Welfare Act violation."

General Counsel to PETA Jeff Kerr said: "It's stressful enough for far-ranging dolphins to be locked up in SeaWorld's tiny tanks, but forcing them to interact with visitors is downright dangerous.

"SeaWorld's 'Dolphin Cove' is another example of how the park's main priority is profit, not the welfare of the animals or the safety of its guests."

Huge show of support for railway worker who died of coronavirus