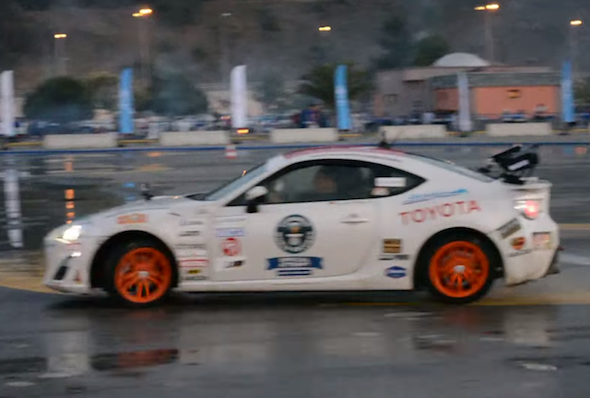 A German driver has turned drifting into an art form, by maintaining one slide for a whopping two hours, 25 minutes and 18 seconds – smashing the previous world record in the process. And no doubt completely vaporising his rear tyres.
Drifting guru Harald Muller took to the wheel of a Toyota GT86 on a small, wet track in Turkey and managed to hold one drift for no less than 89.55 miles – obliterating the previous Guinness World Record of a meagre 51.2 miles achieved in a BMW 5 Series last year.

The Toyota GT86 is known for being adept at sliding around corners, but Muller was driving no ordinary model. Beefed up with extra power, the German's GT86 managed to lap the tiny 236m circuit 612 times on July 15, before he called it a day. His first attempt however, was unsuccessful.