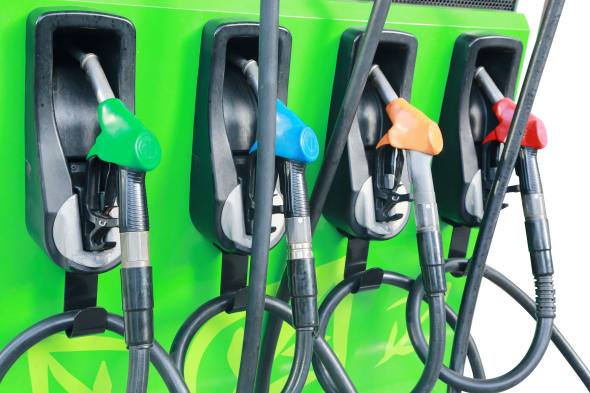 Tesco, Asda and Sainsbury's have finally cut the cost of fuel, and more retailers are expected to follow suit. The price cuts come on the back of changes in the exchange rate and the increased production of US shale oil.

It's about time we had some good news at the pumps.%VIRTUAL-SkimlinksPromo%
Asda was the first to announce a cut - at lunchtime yesterday - it said that across the country the price of unleaded petrol would be no more than 126.7p, while diesel would be no more than 129.7p. The last time its unleaded price was any lower was three years ago - although it has been down to 126.7p more recently including in December last year.

Shortly afterwards Sainsbury's and Tesco also announced that they will reduce the price of diesel by 2p today.

The cuts come largely from the increase in the value of the pound against the dollar - as oil is priced in dollars. It's also partly because of the increased production of shale oil in the US, which means more supply overall, which is helping bring prices down.

There has been reduced demand, as drivers have cut back. We reported earlier this month that 57% of people are using their car less and adopting fuel-saving techniques in order to reduce the costs of fuel. In fact in March, fuel consumption fell to a record low.

The hope is that price cuts will spread to other retailers. The RAC's fuel price monitor is forecasting that average prices for diesel will continue to reduce - more than 4p per litre, while average prices of petrol will fall between 2p and 4p per litre.

But before we start celebrating, it's worth pointing out that it's about time prices fell.

It speculated that this could be because petrol stations had decided to make less profit on their petrol and more on diesel - punishing diesel drivers who had switched to the fuel in order to save money.

For drivers in certain parts of the UK, prices remain stubbornly high. Asda is the only company with a national pricing policy, and the others vary wildly depending on competition in the local area and the logistics of supplying petrol there. Northern Ireland has the highest price for unleaded petrol at an average of 132.4 pence per litre, while Scotland is the most expensive for diesel at 136.6 pence per litre.

The experts say that shopping around - without going out of your way - remains vital. It's worth checking the price of petrol in your local area through petrolprices.co.uk to find the cheapest deal, because prices vary dramatically. In Cardiff, for example, the price of unleaded petrol ranges from 127.7p to £148.9p - a difference of 21.7p per litre.