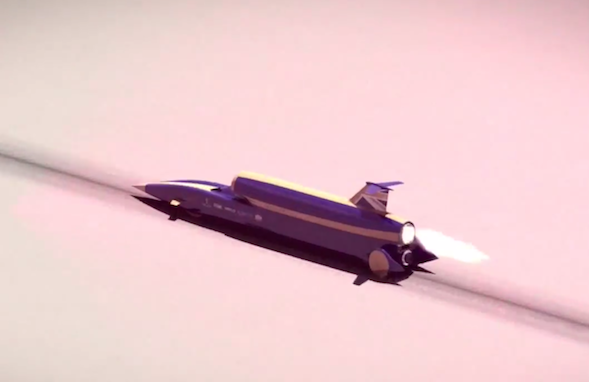 The land speed record currently stands at 763mph – achieved by Thrust SSC way back in 1997. New tests of the Bristol-built Bloodhound, however, have shown that this car has the potential to reach 1,100mph.
The first "wheel-spin" tests have hit 174 wheel revolutions a second – equivalent to 10,429 rotations per minute, and a theoretical speed of 1,100mph. Taking place at Rolls Royce's Derby centre, this high-tech machinery is normally used to test fans.

This first tyre test shows that the Bloodhound has the potential to blast into the history books. Launched in 2008, the project looks set to be ready for "low-speed" tests of up to 200mph in Cornwall next summer.

Bloodhound will be flown out to South Africa next autumn to start attempts to break the land speed record on the Hakskeen Pan – a very flat location, which should give the car a chance to break the current 763mph record.

Following successful tyre tests, a spokesperson for the project told the Bristol Post: "They successfully completed a spin test of the first of the supersonic machine's four wheels. Test results were satisfyingly similar to the predictions that the Bloodhound engineers had calculated using computer simulation software."

Watch the testing in action below: