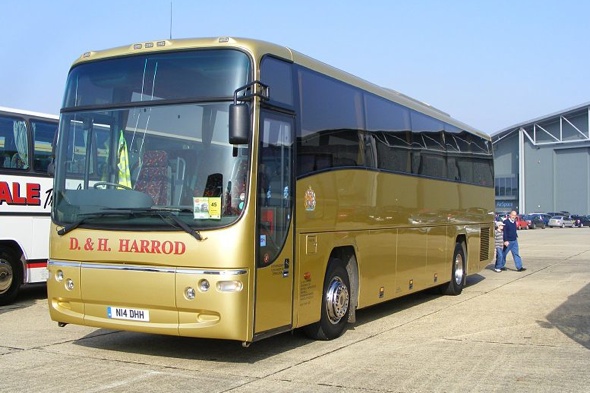 A man has died after being run over by a coach he had clung onto for over 200 miles.

The stowaway is thought to have got on the coach in Calais unbeknown to the driver and held onto the underside all the way to the premises of D&H Harrods Coaches in Downnham Market, Norfolk.

It is believed the man was accidentally run over just moments after he emerged from underneath the vehicle as the driver reversed in the yard at around 1.20am on Thursday morning.

Paul Harrod, of Harrods Coaches, confirmed that the incident took place after the coach was returning from a three-day tour to France.

He told edp24.co.uk: "The driver and border control carried out all the appropriate checks at Calais and the appropriate authorities were called here. We are working with the police to help them with their investigations."

According to the Mirror, the man was thought to be in his 20s or 30s and of African or Arabic origin.

Norfolk Police said they have launched an investigation alongside the Health and Safety Executive.

A police spokesman told the Daily Mail: "An inspector from the Health and Safety Executive, crime scene investigators and collision investigators remain at the scene conducting further inquiries.

"A Home Office post-mortem is due to take place to determine the cause of death."