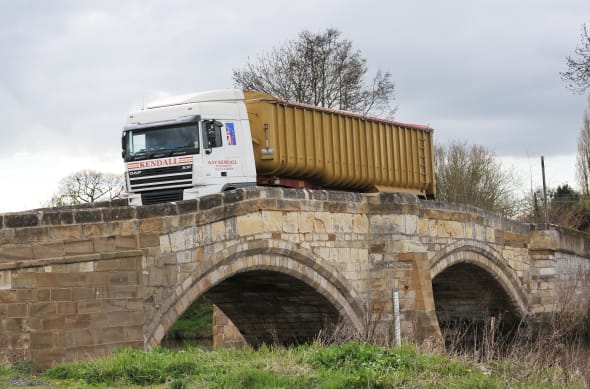 HGV drivers will no longer be restricted to 40mph on single-carriageway country lanes, under new plans announced by Government.
Ministers today announced that they were bringing an end to decades-old legislation, which would allow lorries to travel at speeds of up to 50mph, in line with most other European nations.

The move is an attempt to reduce congestion in rural areas, and also to reduce the likelihood of drivers performing dangerous overtaking manouevres in frustration or being held up by slow moving vehicles.

The Government is also considering whether to raise the dual-carriageway speed limit for lorries from 50mph to 60mph.

The increased speed limit is expected to save haulage companies an estimated £11million each year.

Claire Perry, the new transport minister, said: "We are doing all we can to get Britain moving and boost growth. This change will do exactly that and save our haulage industry millions a year," the Telegraph reports.

"Britain has one of the world's best road safety records and yet speed limits for lorries have been stuck in the 1960s.

"This change will remove a 20mph difference between lorry and car speed limits, cutting dangerous overtaking and bringing permitted lorry speeds into line with other large vehicles like coaches and caravans.

"Current speed limits for HGVs were introduced around 50 years ago and need to be updated given improved vehicle technology."

Ed King, the President of the AA, commented: "We know from our members that quite often trucks doing 40mph on rural roads not only causes congestion but actually causes added danger.

"We think it is a positive step, but on narrower, rural roads which are popular with cyclists the local authorities should be able to apply for 40mph limits."

Do you think the raised speed limit for lorries on rural roads will benefit road safety? Have your say in the comments section below.
Tags
Read Full Story