Less than half of drivers jailed over cycling deaths 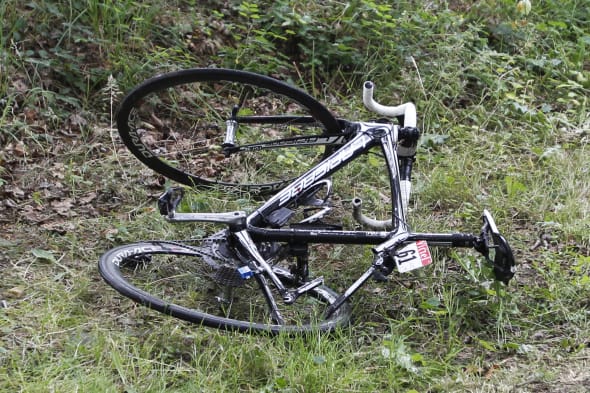 Less than half of drivers convicted for killing cyclists will see the inside of a jail cell, according to new figures obtained through a Freedom of Information request by BBC Radio 1 Newsbeat.
Only 44 per cent of motorists who are found guilty of a cyclist's death receive a custodial sentence. Over a quarter of those found guilty did not even receive any form of driving ban. The average imprisonment rate for those causing death on the roads, including pedestrians and other drivers is 60 per cent.

The figures, which were obtained from all 45 of the UK's police forces, show that 148 people were charged over the death of a cyclist in the last seven years. Of those found guilty, only 65 were sent to prison.

In 2013, 109 cyclists were killed on Britain's roads and a further 3,000 were seriously injured, with campaigners calling for tougher penalties for motorists they feel are being let off too lightly.

The average jail term for those found guilty was less than two years, with the average driving ban lasting 22 months. The maximum sentence for causing death by dangerous driving is 14 years.

George Holland is just one of many people who feel justice hasn't been served, after he lost his father in a collision three years ago. The driver involved received 200 hours community service, an £80 fine and an 18-month driving ban.

Speaking to Newsbeat, he said: "[The driver] drove straight into the back of him and snapped his neck and he died instantly.

"To our family it wouldn't have made us feel any better if the driver was thrown in prison.

"If he'd got two years it wouldn't have made me feel better. A lifetime ban would probably be a just sentence."

However, driving groups have warned against penalising one type of road user and increasing penalties just for incidents involving cyclists.

AA spokeswoman, Lorna Lee, said: "The courts already have a wide range of sentences that they can give to drivers who kill cyclists, whether it's through careless or dangerous driving.

"The judge will look at all the different circumstances in that case before deciding what sentence to give."
Tags
Read Full Story Click here to comment