Plans to double penalty for hand-held mobile use mooted 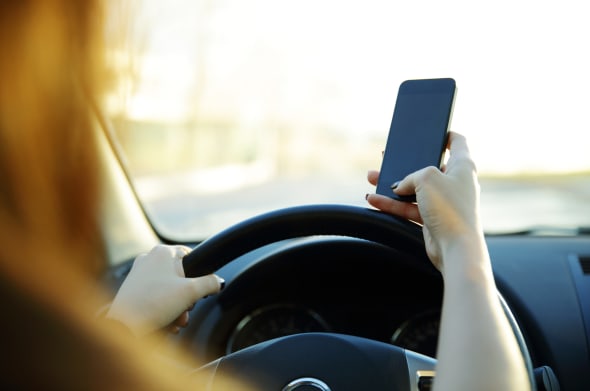 Drivers caught using their mobile phones at the wheel may find themselves on the receiving end of a much harsher punishment, as ministers plan to double the number of penalty points for the offence to six.
Transport secretary Patrick McLoughlin is considering the move following recommendations from Metropolitan police commissioner Sir Bernard Hogan-Howe, which have been prompted by the first rise in deaths and injuries from dangerous driving on London streets in over a decade.

The stricter penalty would see a driving ban imposed on anyone caught using a phone while driving twice in three years.

Speaking in Westminster, McLoughlin said: "The person using their phone doesn't realise the damage or the danger they can be in. It ends up ruining different people's lives – those who are driving as well as those who are injured," The Guardian reports.

"We have been very lucky in this country in seeing, year on year, the number of road deaths and casualties actually falling. But one death is one too many and we need to look at those and see where we are going."

Despite the use of hand-held mobile phones at the wheel being outlawed since 2003, a recent AA survey revealed that it is a practice that is commonly witnessed by motorists. The organisation's president, Edmund King, backed calls for harsher penalties.

However, the RAC Foundation suggests that the problem is not with the penalties themselves, but with a lack of enforcement.

Its director, Prof Stephen Glaister, told The Guardian: "The Department for Transport's own figures show that on two previous occasions when this law was tightened and fines increased the number of people offending initially dropped but then rapidly rose again.

"The conclusion must be that drivers simply don't think they are going to be caught."

Do you think there is sufficient enforcement of traffic regulations? Have your say in the comments section below.
Tags
Read Full Story Click here to comment