Kia and the $3.5m tortoises 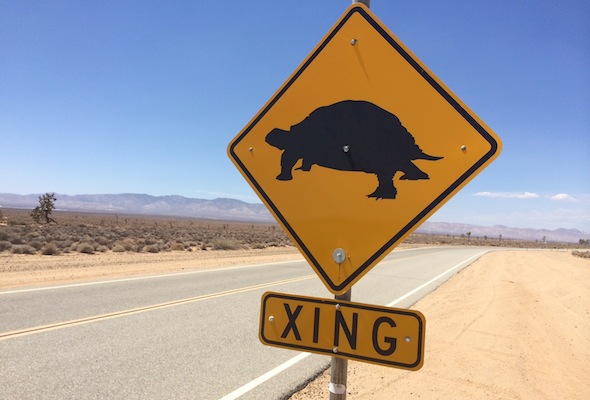 Korean car manufacturer Kia spent $3.5million (£2million) re-homing just 27 desert tortoises before it could build its secret testing facility in the Mohave Desert.
Part of the deal to set up the 4,300-acre California Proving Ground with the American authorities was a strict agreement to track down, re-home and nurture the hard-backed protected species.

Little did Kia know that agreement would see them shell out (sorry) close to a staggering £76,000 for each one of the slow-moving critters over a period of five years.

"We had to buy them each homes on Long Beach," said facility manager Matt Seare. "I'm joking of course, but it probably would have been cheaper!

"We had to purchase a separate piece of land adjacent to the property purely to re-home the tortoises. We had to sweep the site twice, combing the whole area, prior to building the track, to find them all. We found 26 immediately and then on the second sweep we found one more hiding.

"Two years later we had to sweep again just in case there were any too small to spot originally that had since grown bigger. It was quite a project."

Kia paid for a team of 10 biologists to monitor the newly homed tortoises for five years after their big moving day. The speed adverse land-dwelling reptiles even had radio transmitters attached to their shells so the team could track their excursions – albeit rather limited in distance.

"We built a one foot fence around their new home – tortoises can't jump so it didn't need to be higher – and these days we don't see them on the track," explained Seare.

"We take our responsibility to the environment very seriously. Nothing proves that like the money we spent on 27 tortoises."
Tags
Read Full Story Click here to comment