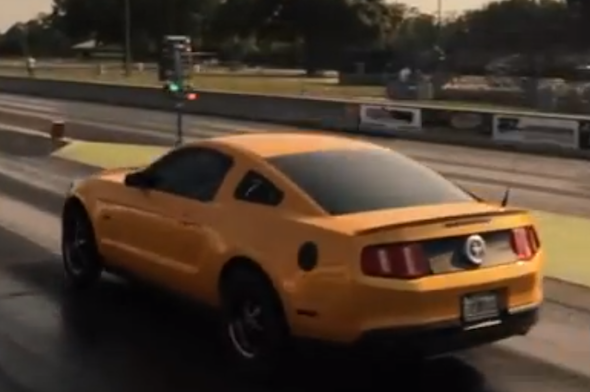 When it comes to muscle cars, there's a clear hierarchy on who's top dog. And even more so when it comes to the Ford Mustang.
Naturally, the first-generation car rules the roost, but there's in-fighting among owners of the other variants. Take the previous-generation car – owners of the hulking V8 versions looked down their noses at owners sporting the lesser-powered V6 models.

But perhaps those Mustang owners will have their noses put out of joint with this video.

Built by CFM Performance, this Mustang purports to be the world's fastest 3.7-litre V6 Mustang.

And it can make that claim by recently taking the record for the fastest quarter-mile time for that model. The bright yellow 'Stang was clocked covering the distance in 10.7 seconds, taking the title of world's fastest.

The all-new Mustang appears on these shores next year. Coming in right-hand-drive, it will be available to buy with either a 2.3-litre, four-cylinder engine with around 300bhp and a full-fat 420-odd-bhp 5.0-litre V8.

Expect to see similar videos filmed on the streets of Barnsley.

Veteran boss at H&T Pawnbrokers steps down after 24 years