Don't get burned - protect your ID this summer 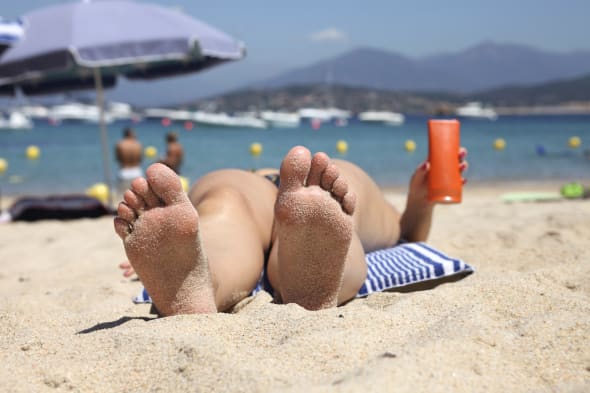 With so much distraction about, how do you protect your financial information from the stresses of summer travelling? %VIRTUAL-SkimlinksPromo%

There were almost 60,000 cases of Britons travelling abroad being targeted by ID theft in the first five months of 2013 alone, so it's a real problem. It's therefore worth taking precautions to protect yourself.

Pack light – handbags and wallets often contain lots of items containing personally-identifiable information that you won't need on holiday. "These could prove to be a goldmine for fraudsters," says Experian, "so do a clear-out of your handbag and wallet, removing items such as bills, receipts, out-of-date driving licences and medical prescriptions."

Don't expose your personal info unnecessarily. Avoid unsecured Wi-Fi networks and public computers if you are doing anything which requires sharing passwords or financial info adds the credit player."If you have no other option," advises Experian, "remember to check these sites are encrypted (indicated by a padlock symbol and the letters "https:"). Always log out after use." Before you go, update your antivirus and firewalls for any devices you take with you - it's the most simple form of protection.

Do leave your passport number with someone in the UK says Action Fraud, in case it is stolen or lost. "Don't carry these details around with you. Have the phone numbers for your bank with you so you can quickly cancel any lost or stolen cards."

Think about pre-paid Currency Cards - this is where money is put on and converted to the correct currency of the country you're visiting. Your cash isn't linked to any bank account and it's chip and PIN protected. A player like Travelex.co.uk offers this service.

"Concerns about theft," says Which? "pickpockets, fraud and other crimes can dampen some people's enjoyment of a lazy overseas holiday. If this is the case, a prepaid card would at least mean that if the worst happened, all you'd lose is the amount you had pre-loaded onto the card."

Don't get burned - protect your ID this summer
Up Next