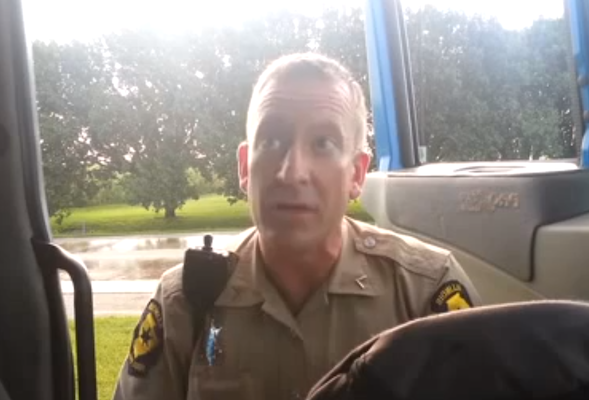 A US lorry driver pulled over a policeman for speeding and the use of a mobile phone behind the wheel – the awkward stand-off that followed was captured on camera for all to see.
The truck driver attracts the policeman's attention by using his horn and then in an apparent role reversal, questions the cop over the alleged traffic violations.

At first, the policeman accuses the truck driver of "unlawful use of his horn" and threatens to give him a ticket – but as the video progresses and the officer realises he is being recorded, he leaves with his tail between his legs.

Upon questioning, the officer denies all counts of speeding and adds: "the cell phone was, eh, police officers can actually use technology when they're driving, we are exempt," but contradicts himself toward the end of the clip by expressing that he did not remember having his phone on him.

Before stopping the recording, the truck driver says (rather smugly) into the camera: "and that's what happens when they know you're recording."

Click play below to watch a wrong-doing cop get put in his place.