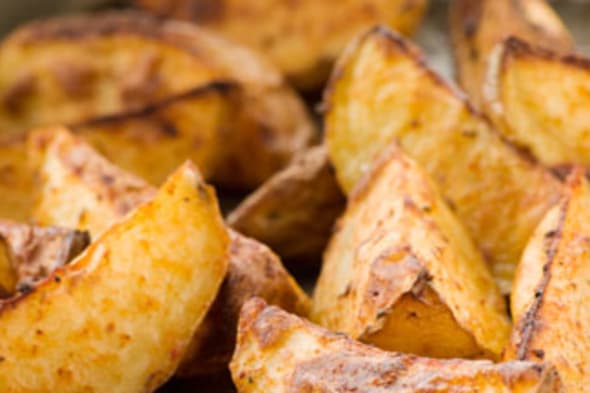 Dominos Pizza has admitted that staff from one store in Scotland bought bags of potato wedges from a local Aldi for 59p, and then sold them on for £3.59 per portion.

It doesn't seem right, but it's not the oddest solution to a shortage.%VIRTUAL-SkimlinksPromo%
The purchase was made public yesterday, when the Daily Record published a picture taken by an Aldi shopper of a Dominos Pizza staff member in the Linlithgow store paying for the wedges.

The staff initially claimed they'd bought the wedges for their own use, but the company later told the newspaper that the staff were acting on their own initiative after a sport-watching-related surge caused the branch to run out. A spokesperson said: "We do not advocate this as a solution. We have spoken to the store to ensure ordering has been adjusted and our customers get Domino's wedges."

This isn't the first time we have seen this sort of thing. In April last year we reported on the Sainsbury's branch in Cheadle Village, Stockport, which had run out of bread in its first few days of operation. A staff member had gone to the Iceland branch next door, bought £1 loaves of bread, and sold them on with a 50% mark up. A spokesman said at the time: "Our colleagues were trying to be helpful but on this occasion got it wrong. We've reminded the store about the support they have to keep shelves fully stocked to ensure customers can get what they need from Sainsbury's."

It may seem like an odd solution. However, when it comes to dealing with a shortage, this is far from the oddest approach.

In Venezuela, currency and price controls mean that shortages are fairly commonplace. Last year they ran out of toilet paper, so the government approved emergency credit for the Ministry of Commerce in order to enable it to import 39 million rolls of toilet paper.

In Pakistan last May, to combat the electricity shortages, the government turned off the air conditioning in government offices and ordered employees not to wear socks.

In 2008 the construction slowdown caused a shortage of sawdust in Montana - where it is used for horse bedding. Companies were forced to use processed cow manure as bedding instead. Meanwhile Boy Scout troops in Oregon took advantage of the shortage. One troop made $10,000 hauling unwanted Christmas trees to a lumber recycler.

Meanwhile, a company in Chicago has hit on the fact that creating a shortage actually boosts demand. The Doughnut Vault only sells a set number of doughnuts every day - hot from the oven. Once it has sold out the store closes. There are queues around the corner every day.
Tags
Read Full Story