Track-focused Toyota GT86 in the works 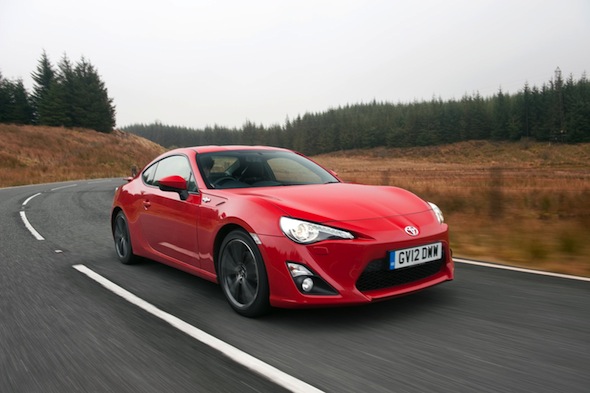 Toyota is expected to introduce a lighter, track-biased version of its acclaimed GT86 sports car next year, Autocar reports.
A prototype version of the new model has been spotted in testing at Germany's Nurburgring racetrack, wearing a lightweight carbon fibre bonnet as well as a new roof, boot-lid and a much larger rear spoiler.

The additions are likely to be an attempt to reduce the current models' 1,257kg kerb weight, to maximise the performance potential of the GT86's 197bhp 2.0-litre flat-four engine.

Indeed, no engine upgrades are expected with this new model, with many of the alterations focusing on the suspension for a sharper on-track driving experience. So expect an unaltered 7.6-second 0-62mph time and a top speed of around 140mph.

However, Toyota has been cited as saying that the forthcoming face-lifted GT86 may come with a more powerful engine, with a modified intake system and sports exhaust.

The new lightweight GT86 could be introduced as a flagship, limited-run special edition aimed at enthusiast drivers. If so, expect a price tag much higher than the current car's top asking price of £33,110.