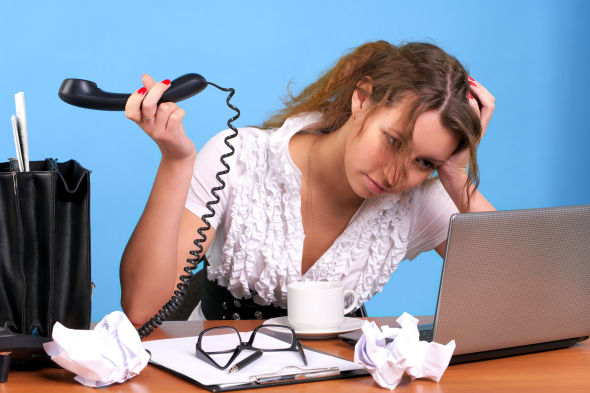 So, what colour was your mother's first cat? What was the date of birth of your favourite teacher? Bank security questions are notoriously weird, and notoriously difficult to remember.

But all that could be about to change, with the introduction of a new security system from Barclays that uses voice recognition instead.

%VIRTUAL-SkimlinksPromo%
The FreeSpeech system, developed by Nuance Communications, involves taking a recording of the customer's voice when they first sign up, and then matching subsequent calls against it. Customers no longer need to read out their passcode or debit card number - or remember their security questions. Barclays says it cuts the time required for security from 90 seconds to just ten.

The company has been trialling the system in its Wealth division, for customers investing more than £500,000, and says it's had extremely positive feedback. "Ninety-seven percent of our customers agreed to take part, and nine out of ten say they're satisfied," says a spokesman. "Complaints have dropped by 60 percent."

Following the trial, the company plans to roll out the service to business customers by the end of the year, with its 12 million retail customers following in early 2015. The system will be optional, and voice recordings won't be made without the customer's permission.

"In this competitive environment we need to make sure that clients' needs for convenience and ease of access are effectively balanced with our mutual need for security," says Matt Smallman, Client Experience Strategy and Change, Barclays Wealth and Investment Management.

"Nuance's voice biometrics technology is playing a vital role in ensuring our wider client service transformation project is an outstanding success. Both our clients and colleagues love that it increases security and convenience at the same time whilst making client calls shorter and reducing our overall cost to serve."

Banks are far from unaware of the irritation their security systems cause, and there have been a number of tests of ways to make accessing your money a little less painful. Recently, for example, a new ATM network was installed in Poland which recognises customers through the pattern of veins in their finger, and Japanese banks are now using smart cards for identification that include iris recognition and palm print recognition.

However, some security experts are dubious about the safety of such systems. "Using face or voice recognition technologies to authenticate quick and convenient transactions in shops, cafes and banks seems ideal in our ever-busy lives. However, in both cases there are still risks that drag the reliability of these methods below the crucial 99.9 per cent line," warns Andy Kemshall, technical director of SecurEnvoy.

"Voice recognition is not new but, like face recognition, is still in its infancy. We are not even at the stage where computers can reliably recognise what we're saying, let alone who is saying it."