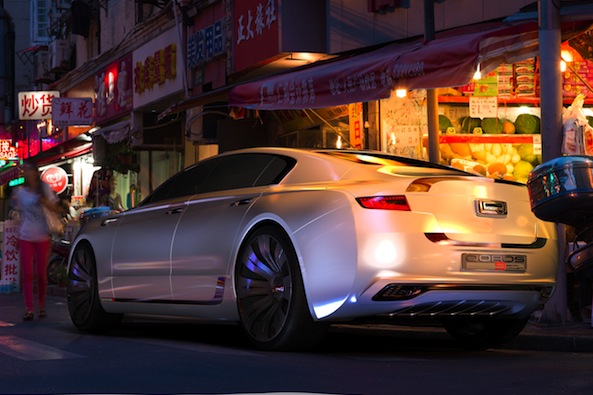 Work experience at many companies usually equates to a lot of tea making, hours wiled in the post room and the occasional run to the sandwich shop to fetch lunch for everyone.
But Jihoon Seo, a 29-year-old Korean design student undertaking a placement with Qoros, impressed so much during his time with the marque that his vision of a 2020 Qoros saloon has been showcased in the UK.

During his internship, Seo was mentored by Tim Pilsbury, a British Senior Manager of the Qoros design studio in Shanghai, who was so impressed he convinced the bosses to sponsor Seo through his final-year project that represented the culmination of his studies at Coventry University's School of Art and Design.

Qoros briefed Seo to create a flagship concept saloon for the new China-based international brand to launch in the year 2020, specifically aimed at 40-50 year-old professionals living in a modern metropolitan city.

Qoros allows design student's imaginations to run wild
Up Next


The result is the stunning Qoros 9 Sedan Concept.

Particular highlights include the trapezoidal grille with a chrome surround, flanked by powerful LED Xenon headlamps and fog lamps, which create an aggressive 'face' for the car.

"I gained a lot of invaluable experience during my internship," explains Seo.

"Not only have I learned the skills and techniques required of a car designer, but I have also developed an initial understanding of the complex demands and dynamics of the global automotive industry. It has been an inspirational period as I look to pursue a career in car design. I'm very grateful to the Qoros design team in Shanghai for the internship opportunity and for sponsoring and mentoring me throughout my final year project."
Tags
Read Full Story Click here to comment