Booming business for IVAs: what does it mean? 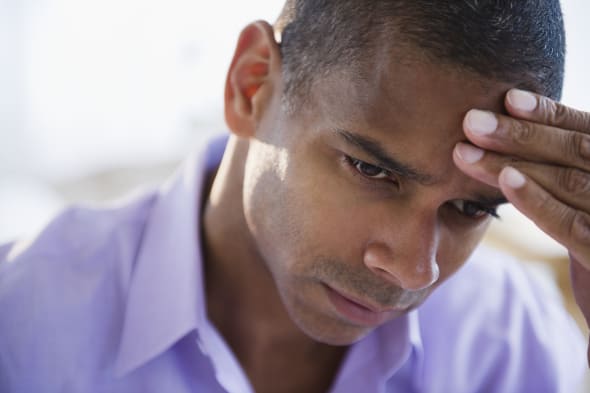 Recent figures have revealed that the number of new bankruptcies and debt relief orders are falling. Between January and March this year there were 5,671 bankruptcies - an impressive 15% down from the same time a year earlier. However, an oddity in the debt figures was that over the same period, IVAs - individual voluntary arrangements - were up 14% to 12,711.

Although IVA business is booming, the experts warn that going into one will have serious long-term consequences.%VIRTUAL-SkimlinksPromo%
IVAs mean going to an insolvency practitioner, who will bring together everyone you owe money to. They will then discuss your debts and agree how much of each debt you should be paying each month - based on affordability. You pay that sum to your practitioner, who divides it up for you. That arrangement will continue for a fixed period of time - usually 5-6 years - after which any outstanding debt will be written off. IVAs are not available in Scotland, where the closest similar arrangement is a Protected Trust Deed.

There are a number of reasons why it is growing in popularity. One of the most straightforward is that there are lots of companies selling them. So-called IVA factories started more than five years ago, and over that time the number being sold to people in debt has mushroomed. Most people regularly receive automated calls from telesales companies droning on about a legal loophole which means they can write off up to 75% of their debt, and they are tempted to take this approach.

The firms offering them argue that it makes a useful alternative to bankruptcy in cases where the individuals cannot afford to pay the bankruptcy fees, because an IVA is cheaper. It also offers the hope that people who own their home may be able to avoid selling up - although they are highly likely to have to remortgage it and take some cash out of their home if they have sufficient equity.

In some instances an IVA may suit an individual better than a debt management plan - specifically where the individual has absolutely no chance of paying off all the debt - however hard they try for the next few years.

However, there are some major downsides, which should give most people serious pause for thought. IVAs come at a cost - around £7,500 - this will be added into your monthly payments. In return you can usually get around 60% of your debts written-off, so this means that it's only really worth considering if you have debts of £20,000 or more.

IVAs are also court-ordered, so you are legally bound to make the payment - regardless of what happens to your personal circumstances. This is not easy. The government has released figures for IVAs up until 2012 - looking at the number which were completed, ongoing and had failed. Of those begun in 2006, 46% of them had completed as expected, 17% were still ongoing, but 37% had terminated because the person in debt failed to meet their commitments. It means it's only going to suit you if you have a stable income and assets like a house or car.

It's vital not to underestimate how serious this option is. This is an arrangement through an insolvency practitioner, which means that if you work as a military officer or as a professional who has to be a member of a professional body - such as an accountant or financial adviser - you will lose your job as a result.

The IVA is also a matter of public record, so can be checked by potential landlords and employers. If they have concerns based on the fact you set up an IVA, it could have an impact on your housing and job prospects.

It will also have a profound impact on your credit rating. Experian warns that it will appear on your credit report for a minimum of six years from the date of arrangement, and longer if the arrangement lasts more than six years. During this period, you are likely to find it very difficult to get credit - as lenders will be very wary of lending to someone in this position.

Once your IVA ends, the Insolvency Service will tell credit reference agencies like Experian, so your IVA will be updated as 'completed'. This then stays on your report until six years after the arrangement began.

Even after you have completed your IVA, if it is still less than six years since you made the arrangement, you will find it difficult to get credit. Even if you do find someone who will lend to you, it's likely they will see you as a high-risk customer, so will charge you a higher rate in return.

Having an IVA on your record can have a serious impact on your finances, so it's worth considering all your options before you choose to follow this route. If you think you may need an IVA, it's vital to get free impartial advice from a debt charity such as Step Change or National Debtline, who will talk you through your financial problems and help you find the right solution.

The seriousness of an IVA is a reminder that once you have built up unaffordable debts, there's no simple solution. It shows how important it is to keep on top of your finances – and be aware of how much debt you are building up – so it cannot get out of hand.

It should go without saying that you need to be opening all your statements and bills, but it's also worth getting hold of your credit report from an organisation like Experian, to make sure you get a complete overview of everything you owe and how well you are managing your debts. You should make a regular commitment to check this, so there's no chance of you suddenly discovering you have the kind of debts that require an IVA.