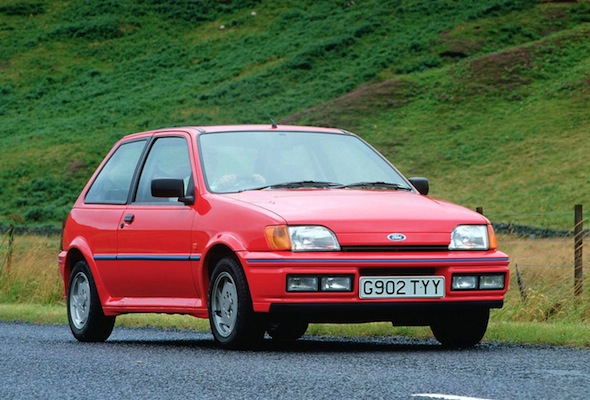 If you've got a classic Ferrari or Bentley tucked up in the garage you may expect it to appreciate as it ages, particularly if it's a rare and sought-after model. However, drivers of more run-of-the-mill machinery could be surprised to find their 80s and 90s runabouts have risen in value too.
New figures released by the Historic Automobile Group show that previously unloved models have suddenly sprung up in value. The cutesy Fiat 500 for instance, could be snapped up for as little as £4,000 at the start of this century, but a cherished example could now set you back as much as £40,000.

This upward trend has led to one insurance company taking the unusual step of warning motorists to ensure they have the appropriate level of cover for their car. With most classics (such as the Mk3 Ford Escort, which is now worth around £22,000 more than just ten years ago) insured for their purchase price, owners could find they don't get the correct reimbursement in the event of an accident.

Gerry Bucke, general manager at insurance provider Adrian Flux, told the Daily Mail: "Under-insured owners could end up receiving only a percentage of their car's value if the worst happens.

"We have come across vehicles that have doubled in value since the owner last checked, so it's absolutely vital to try to stay on top of market trends."

In some extreme cases, insurance companies have refused to pay out altogether, if the car isn't covered for its correct value.

Graeme Trudgill, executive director of the British Insurance Brokers' Association, said: "Lots of people have old cars in their garage, which have been sitting there for around 30 years.

"They simply don't realise that granddad's old banger is now a classic motor and worth a mint.

"It's really important to get a proper valuation every year. Otherwise, if the car is stolen or is involved in an accident, they may struggle to replace it."

Classic car owners could find they also save cash if they put their motor on the correct policy. Many insurers offer specific classic car policies that come with cheaper premiums, though often come with annual mileage restrictions.

Currently, the Government regards anything over 15 years old and worth more than £15,000 to be a 'classic'. Drivers of cars built before 1974 are also exempt from paying vehicle excise duty.
Tags
Read Full Story