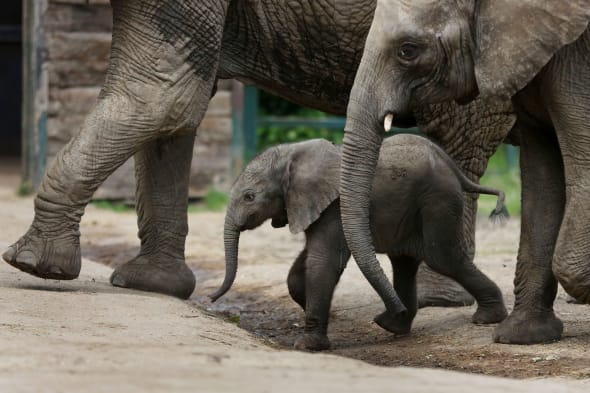 A baby elephant born in Howletts Wild Animal Park in Kent is making her first appearance in front of visitors.

Keepers at the animal park celebrated the birth of the elephant which weighed approximately 150kg when she was born.

She and her mother Tammi, are both reported to be doing well, and the herd's female elephants played their part in getting the baby to her feet within moments.

Born on Saturday June 7, the calf brings the herd number at the park near Canterbury to 13. 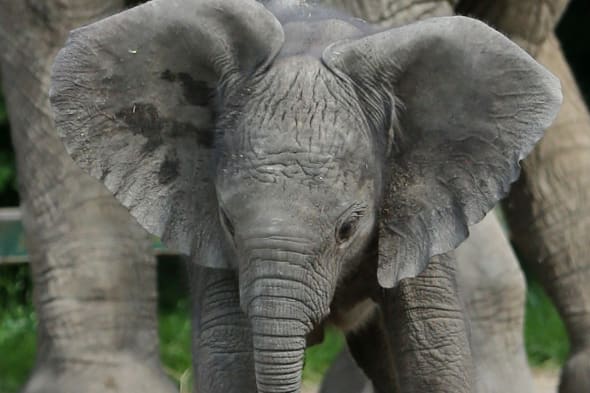 Natalie Boyd, head of elephant section, said: "We are delighted to welcome our newest member of the herd after a 21 1/2 month wait, and are especially pleased with the range of natural behaviours shown by our elephants, who were all present.

"Many other females, including all Tammi's extended family assisted in getting the calf to her feet within minutes and encouraging her to suckle.

"This is Tammi's fifth baby and she is, once again, proving to be an excellent mother, and this time is assisted by Jara, Uzuri and even little four year old Manzi."

Meanwhile Damian Aspinall, chairman of The Aspinall Foundation, the conservation charity that works closely with Howletts, has been encouraging his Twitter followers to suggest a name for the new baby elephant.

Have you any ideas?

Mystery elephant shows up on beach in Florida (video)

Video of the day: Baby elephant makes her debut at Berlin Zoo

Whitty: We may see a ‘steady’ return to normality by spring