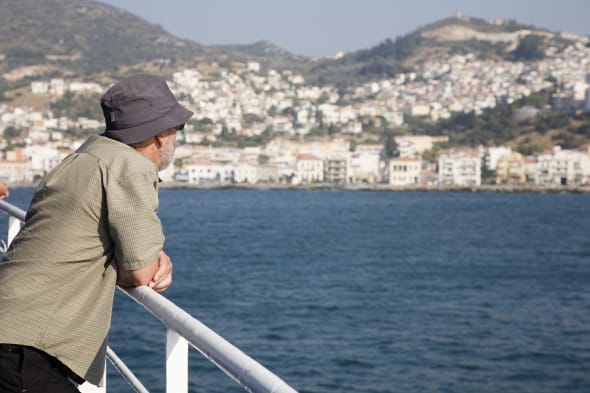 It's a modest enough dream: a mortgage-free three-bed house, a couple of decent holidays a year and enough cash to pay all retirement bills. But the price ticket for that is saving £13,000 a year, according to new research - equivalent to £1,126 a month.

How realistic is that for most? %VIRTUAL-SkimlinksPromo%

Perhaps a stupid question; it's highly unrealistic for most. House prices are escalating, wages in real terms are either staying still or dipping for many, which means saving for the future gets trickier and tougher.

"Our research shows that we have a picture-postcard view of retirement," says chief exec of Anchor, the charity that commissioned the report. "And while it's important to aspire to happy living in later years, it will only become a reality if people in their 30s, 40s and 50s get set up for the future now."

"People," he told AOL Money, "are simply leaving retirement planning too late. People are living much longer; gone are the days when you would retire, then conveniently die shortly afterwards".

Let's look at wages. According to stats from the Office of National Statistics, four in five new UK jobs now created are in sectors where the average wage is just £16,640 for a 40-hour week.

Average UK weekly wages including bonus payments before taxes and other deductions were £474 in March 2014, up from £467 a year earlier.

Connolly though advises getting stuck into retirement saving - even if you've left it till very late. "While the ideal situation would be starting very young and investing large amounts of money, if you've left it a bit later or can't afford the recommended account, it's better to do something than nothing."

Sensible advice perhaps, but for many people, saving that little bit is getting harder and harder. Even for the most modest of retirement dreams.

Anchor findings:
A fifth of people aged 45 to 60 say they will rely on their state pension to be their main source of funding for their retirement

44% are not paying currently in to a private pension

The age group most likely to be paying into a private pension are the 35 to 44s, 56 per cent of whom are doing so

45% of people of all ages feel they can't afford to set up a pension plan, nearly a fifth (19%) say they simply haven't got round to it

But...70% dream of living mortgage free in retirement and 37% hope to leave a nest egg to their children