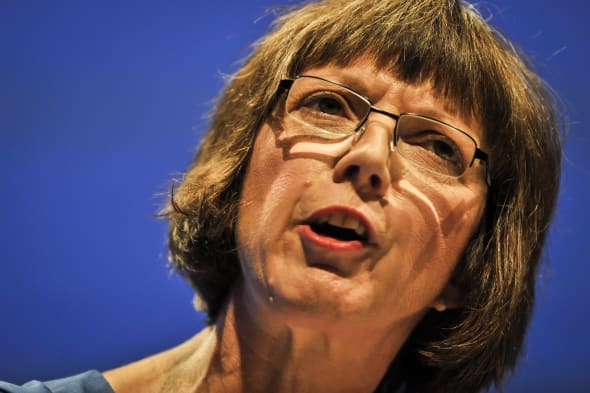 The number of cases being taken to employment tribunals has plummeted since fees were introduced, leading to claims that workers are prevented from seeking justice.

Unions said new figures showing a 59% drop in the number of claims - from 13,739 between January and March 2013 to 5,619 in the first three months of 2014 - showed that fees were deterring many workers from taking their employers to court.

TUC general secretary Frances O'Grady said: "If an employer breaks the law and sacks someone unfairly, sexually harasses them or cheats them out of their wages, it's understandable that an individual should want to seek some kind of redress.

"In the past there were no fees, and workers who felt they'd been wronged could have their case heard and the tribunal would either find for them or in their employer's favour.

"But last summer, the government decided to restrict justice to those who could afford to pay a fee.

"Today's figures show that many people - especially low-paid workers trying to claw back wages they are owed by their bosses - are being put off making a claim, often because the cost of going to a tribunal is more than the sum of their outstanding wages.

"The huge drop in cases taken certainly doesn't mean that Britain's bosses have got a whole lot nicer in the past year.

"It's simply because pursuing a complaint against a bad employer has become too expensive for many workers, and that is just plain wrong."

There was an 85% fall in the number of claims for unpaid wages, a 62% drop in unfair dismissal cases, while sex discrimination cases were down from 6,017 to 1,222.

Dave Prentis, general secretary of Unison, said: "This downward spiral in the number of employment tribunal cases shows only too clearly that workers are being priced out of a fair hearing.

"While Unison and other unions continue to lodge claims on behalf of groups of members, it is clear that the introduction of fees is undermining the whole tribunal system.

"As it stands, employers are being given a green light to adopt unfair and discriminatory practices in the certain knowledge that workers do not have the necessary means to make a claim against them.

"The Government's motive in imposing these hefty fees was to make it as difficult as possible for workers to seek justice and fuel a hire and fire culture for unscrupulous employers."

Unison lost a High Court challenge over the introduction of fees and has lodged an appeal, saying that today's statistics added "significant weight" to the union's arguments that workers were being "priced out of justice."

Justice Minister Shailesh Vara said: "It is in everyone's interest to avoid drawn- out disputes which emotionally damage workers and financially damage businesses. That's why we are encouraging quicker, simpler and cheaper alternatives like mediation and arbitration.

"It is not fair for the taxpayer to foot the entire £74 million bill for people to escalate workplace disputes to a tribunal, and it is not unreasonable to expect people who can afford to do so to make a contribution. As for those who cannot afford to pay, fee waivers are available."