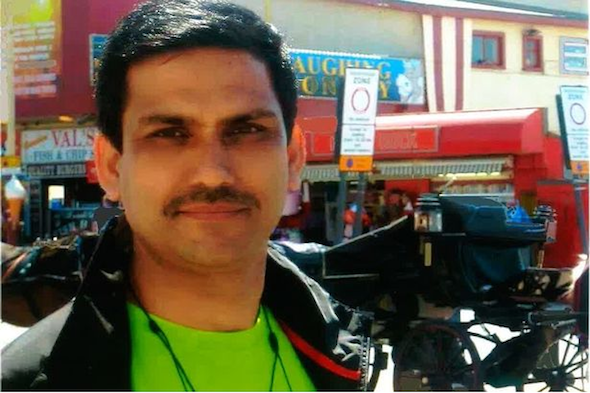 A motorist has run down and killed a pedestrian on Stockport Road in Longsight, Manchester, after having a seizure at the wheel.
Maqbool Shah, 42, an Afghan national living in the Gorton area of the city, died from severe head injuries after the driver lost control of his Vauxhall Astra.

Witnesses saw the driver, 48-year-old Tauquir Haider, having a seizure moments before the accident – no attempts to brake or steer away from the collision were made.

Mr Shah travelled up the bonnet of the car in the collision, before being thrown into a bus stop.

Haider was instructed in 2009 by consultant neurologist Dr David McKee to inform the DVLA after suffering a serious head injury, but he failed to do so.

He was not charged over the fatality and did not attend the inquest having been deemed unfit to give evidence.

"I don't recall the incident and have no memory of it. I believe I had an epileptic fit. I had no reason to suspect I would have one. If I was aware I would not have driven" he told Police, the Manchester Evening News reports.

Mr Shah's widow, Zelle Huma, told the newspaper she was devastated by her loss but also relieved that the problem of people driving with potentially dangerous medical conditions was being looked into.

"In my opinion the man driving the car should not have been driving," she said.

Drivers are under an obligation to inform the DVLA or any medical conditions that may have an affect on their driving, and are advised to heed advice from medical professionals before returning to the road following treatment.