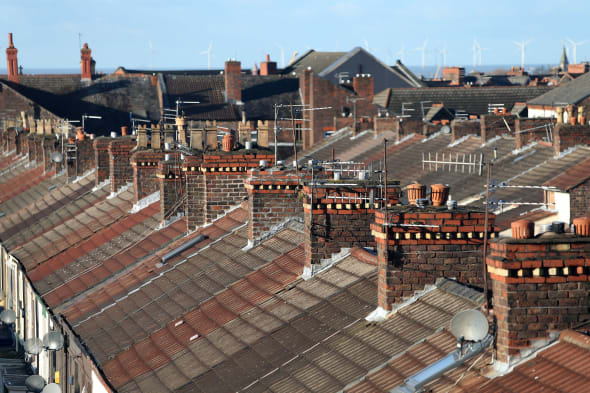 %VIRTUAL-SkimlinksPromo%The housing benefit bill is set to rise by £1 billion over the next few years despite government "rhetoric" on reducing it, according to Labour.

Shadow work and pensions secretary Rachel Reeves will publishing new figures from the House of Commons library which show that the extra money will be paid to people in work by 2018.
She will tell the annual conference in Nottingham of the GMB union: "The cost of the Government's failure to get more people earning enough to put a roof over their head is the equivalent of 24,000 more nurses or 30 million additional GP appointments.

"And we all know why this is. We have more people than ever who are working but not earning enough to pay the rent - let alone get a mortgage; and we have the lowest levels of house-building since the 1920s."

Ms Reeves will say that Labour has "radical" plans to get 200,000 homes built a year by the end of the next parliament.

"Not only will this improve living conditions for those in overcrowded accommodation, and restore the hope of home ownership to many for whom it now seems out of reach; not only does it have the potential to create thousands more construction jobs and apprenticeships; it's the best way to control the benefits bill as well."

A Department for Work and Pensions spokesman said: "Our action to bring the housing benefit bill under control will save the taxpayer around £6 billion by the end of this Parliament.

"The truth is that the housing benefit bill was spiralling out of control in the years up to 2010 and was forecast to rise further.

"Housing benefit has always helped those in and out of work. The Government's long-term economic plan is now helping more families into jobs with the largest rise in employment for over 40 years."

A Conservative spokesperson said: "Labour let the housing benefit bill get out of control and they would do it all over again - they have opposed every single change we've made to get a grip on housing benefit spending.

"Rachel Reeves even voted against our cap which stops people claiming over £100,000 a year in housing benefit to live in expensive homes that other taxpayers could never afford."

They have the power to push a price higher, depending on how many other people are in the running for a home and how liberal they want to be with the truth to the buyers. In some cases, they can also do more harm than good by initially overvaluing a property. The worst case scenario is the home eventually sells for less than it would have done had it been priced realistically in the first place.

Sometimes a quick-moving solicitor can be the difference between getting the home at the price you want and getting into a bidding war or missing out entirely. If the buyer needs a quick sale, they're more likely to do a deal with someone who has a flexible solicitor who can push through the sale so it suits them.

Research by Halifax concluded that anti-social neighbours could take £31,000 off the price of an average home. If you’re selling, you should declare any problems you’ve had on a Seller’s Property Information Form, otherwise you could face a claim later on.

While an increase in Council Tax might not be too much of a deterrent to a potential buyer, plans to grant permission for new homes, a mobile phone mast or wind turbines could knock an asking price down. If you're a buyer, the local council should have details of any future planning applications and you can search them for a small fee.

A lot of traffic in an area obviously has an effect on air quality. Since 1997 each local authority in the UK has carried out studies of the air quality in its area. If an area falls below a national benchmark for air quality, it has to be declared an Air Quality Management Area (AQMA). Some residents of the Llandaff area of Cardiff expressed concern that it had become an AQMA due to an increase in traffic in the area. Whether this becomes a widespread issue remains to be seen.

Mortgage availability is a key driver of property prices. If no-one can take out a mortgage, then prices will stall and eventually fall. We've seen this happen in parts of the UK in recent years, as lenders tightened up their criteria following the credit crunch. Conversely, good mortgage availability will mean more people are competing for properties - to a seller's advantage if their home is desirable.

An outstanding local school can add around 8% to the value of a home, according to the Royal Institution of Chartered Surveyors. On the flipside, a not so good Ofsted report can take off a similar amount. If you’re concerned about a school’s performance, one way to get involved is to become a governor.

Initiatives such as the Help To Buy scheme have been credited with pushing house prices up. A buoyant economy with strong employment gives people the confidence to buy and leads to an upward shift in house prices, while rises in unemployment have the reverse effect. Planning restrictions, at both a national and local government level, affect the number of homes in a particular area.