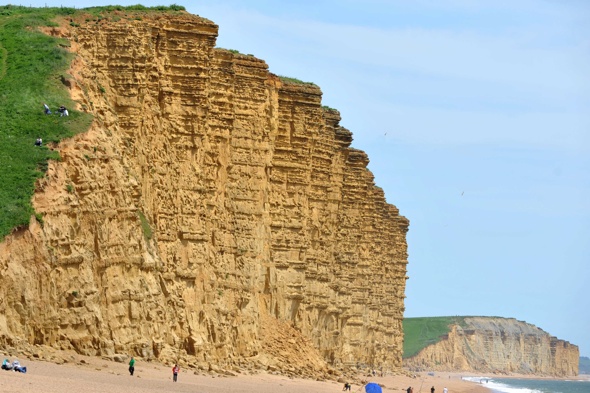 A film crew shooting the latest series of Broadchurch has come under fire for setting up close to the edge of a crumbling cliff face.

And the crew have been blasted by coastguards for filming on the edge of East Cliff, which is susceptible to rockfalls and landslides following unpredictable weather.

A spokesman for Portland Coastguard told the Bournemouth Echo: "We always advise people to stay away from cliff edges because they are so unstable, and especially this year with the weather we have had.

"There is a fairly fresh fall near East Cliff.

"People need to stay away and definitely away from the recent fall; either below the cliffs or anywhere that's overhanging.

"It can go in an instant and doesn't give any warning. It is definitely not wise to go near the edge." 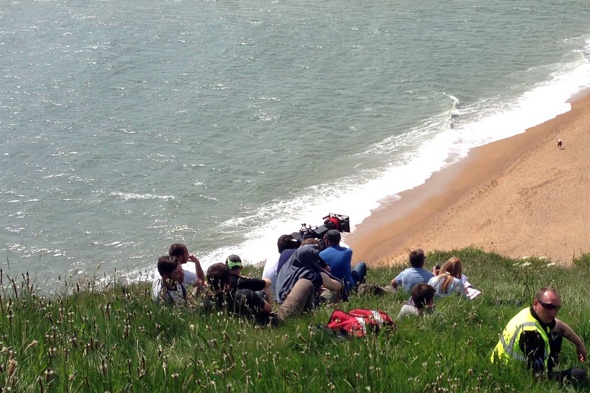 A Coastguard cliff rescue volunteer told the Daily Mail their actions were "really stupid and frightening", adding: "You can clearly see that the whole crew are sitting on what is the only bulge on that section of the cliff.

"Of all the places, that area looks to be the most at risk to a trained eye. We would never have any of our cliff teams in such a dangerous position without first having them attached to double staked secured safety lines and of course wearing full rescue harnesses and helmets."

Around 400 tonnes of rock fell on the beach just a few months ago, leaving large areas of the cliff face unstable.

One rescue volunteer told the Mirror: "Their actions appear to be really stupid and frightening.

"The crew are sitting on the only bulge on that section of the cliff. Of all the places, that area looks the most at risk."

Jamie Staple, station officer for West Bay Coastguards, told the Daily Telegraph that if the production team had told them it was planning to film from the cliffs "we would have told them not to do it", adding: "These cliffs are always dangerous, it's not a case of if they fall, it's a case of when they fall."

But producers on the ITV crime show insisted they had permission from the council and National Trust, and that safety checks were carried out.

A spokesman told the Mirror: "We take health and safety of our crew very seriously and do multiple pre-filming visits to the area to ensure any filming on these cliffs is as safe as possible."

East Cliff is about a mile from Freshwater Beach where holidaymaker Charlotte Blackman, 22, was killed in a landslip in 2012.